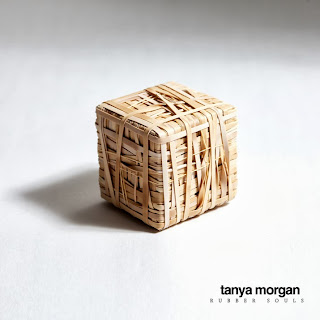 Tanya Morgan, the Brooklyn trio turned two-man show following the department of spitter Ilyas. Following their much acclaimed 2009 debut "Brooklynati", emcees Donwill, Von Pea and producer 6th Sense returns with their new LP called "Rubber Souls". If you're up for some clever, smooth, and nice grooving hip-hop I strongly suggest you check it out at SPIN and/or order the wax or CD @ UGHH ASAP. Having listened through the album once, I found that at about half of the album is really fat, while the other half didn't do much for me; but who knows, even those cuts might grow on me. Either way it's a pretty solid album with bangers like "For Real", "Day 1", "Euology", "The Vehicle", the hidden title track and the vinyl only bonus cut "Bae Bro". The group has allowed SPIN to premier a stream of the entire album, including the respective bonus cuts that appears on the CD and vinyl versions.

STREAM "RUBBER SOULS" @ SPIN.COM
Posted by lost.tapes.claaa7@gmail.com at 6:03 AM