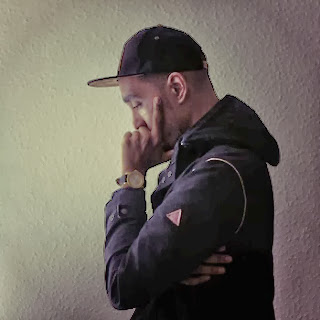 Next week (October 1) the always interesting producing emcee Oddisee is releasing his follow up to his brilliant all-instrumental project "Rock Creek Park" titled "Beauty in All". In conjunction with this official release, the acclaimed DC producer has completed a digital mixtape to be released for free simultounaesly with the instrumental project. Titled "Tangible Dream", the mixtape will feature both instros and vocal cuts from Oddisee, and the vocal single "Own Appeal" is a great song for what to expect from the mixtape (which you of course will find here as soon as it's out a long with links to the retail project). Press play on the player below the tracklist and let your head move along to the slow but poweful groove!

Posted by lost.tapes.claaa7@gmail.com at 2:29 PM

Email ThisBlogThis!Share to TwitterShare to FacebookShare to Pinterest
Labels: Oddisee