[Comp] KARRIEM RIGGINS - "At The Intersection" 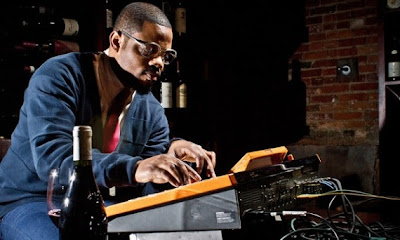 I've been wanting to do something to honor the work of Karriem Riggins for a long, long time. He's definitely one of hip-hops best kept secret that is finally starting to get his due credit over the last few years. Being a huge fan of both jazz and hip-hop you have got to show a lot of admiration for what this guy is doing on both ends of the specrum. On one side, he's a superb jazz drummer who's pulsating grooves and perfect timing has landed him sessions and/or gigs with legends like Herbie Hancock, Oscar Peterson, and Milt Jackson. Add to that that he's one of the most interesting producers around, as proven through his small but spotless catalouge which includes collaboration with people like The Roots, Common, Slum Village, and Proof. These hip-hop productions also landed him a deal as a solo artist with Stones Throw Records, resulting in the instrumental double LP "Alone/Together", a 34 tracks beat tape refined into an album that stand alongside similiar HQ projects by Madlib, JD and Oh No.

Many know that he was a very close friend of Jay Dee, often swapping ideas and beat tapes between them and already back in 2000 Riggins was the only outside producer to get the chance to work on Dilla's solo debut album "Welcome 2 Detroit", where his contribution "Clap!" became a favorite among many listeners. Not to mention that he was the one entrusted to complete "The Shining" after Yancey passed, a project that reportedly was about 75% done but came together seamlessly. So while The D is bubbling with incredibly talented proucers like Black Milk, Apollo Brown, Mr. Porter and NameTag, I feel that its Karriem Riggins that's closest to Dilla's sensibilities though there's no question that he has evolved a unique style of his own through a rich musical palette.

So with that brief presentation, the latest The Lost Tapes compilation focuses on the production work of Mr. Riggins. The 18 tracks here is meant to reflect his entire prouction career, from early Detroit classics to his recent instrumental stuff, without using any material from the actual LP (the few ST cuts are all singles that have been released for free download). I've put a lot of thought into the sequencing into this one and hope you will let it play through in its entire 68 minutes. TURN IT UP, enjoy and please support Karriem Riggins by purchasing "Alone/Together" @ ST. 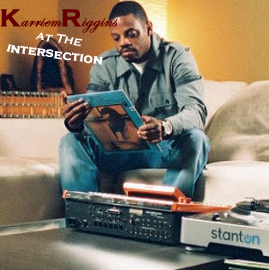 KARRIEM RIGGINS - "AT THE INTERSECTION"
Posted by lost.tapes.claaa7@gmail.com at 3:33 PM