It's a new year but over @ Mello Music Group the focus is still pumping out highly interesting quality hip-hop straight from the underground. A week or so I wrote an excited post on how their latest project to come out on the label will be a double EP where Apollo Brown has remixed tracks from Planet Asia's Gensu Dean produced "Abrasions" while Gensu Dean in turned has remixed Apollo Brown's original project with Guilty Simpson, "Dice Game". The result is already here, and it's sounding really great and is presented here as highly recommended listen for real hip-hop heads all over the world. 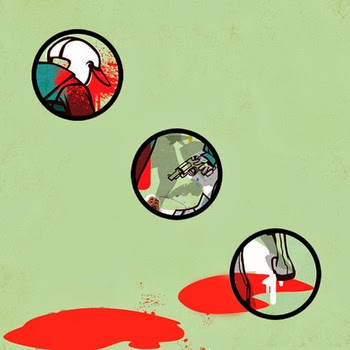 "Abrasions: Stitched Up" includes five remixes in hauntingly dark and often moody, yet incredibly soulful Apollo Brown fashion which really compliments Planet Asia's flavorful brand of lyricism. It's interesting to me how Brown seems to find extreme inspiration when facing the task of remixing (or rather reimagine altogether) already existing material. For example Ghost's "The Brown Tape" stands as my favorite AB set yet, and the 5 cuts here are again some of the strongest work I've heard from the man. I also really dig how it's constructed as a complete musical joruney, despite its short length you have a clear beginning, middle and end (I mean you can't deny what a powerful closer "Reflections" is). 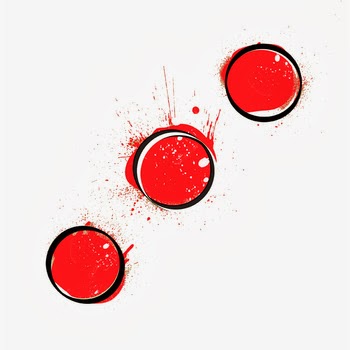 "Dice Game: Shaken" also consists of five Genu Dean flips (excluding a brief funky but brief introduction) where Guilty's gritty street raps are backed up with minimalistic but hard knocking boom bap type of bangers cooked up on Dean's trusty SP1200. Gensu's drum programming on here is absolutely flawless. For a cut like "Ink Blotches" (Remix) it's like you don't really need much more than a steady bassline, hard ass drums and Guilty at the center. Those ingredients right there are so powerful in themeselves that they are perfect for creating a batch of certified gutter hip-hop. Gensu also adds some hard ass electric guitar riffs on a couple of tracks ("Potatoes"; "Truth Be Told") which really works well, considering Guilty's agressive presence in a way evokes similiar vibes to the hard rock stuff.

Besides being a brilliant idea on paper, Gensu and Brown really delivers through on the concept by naturally adding their signature sounds onto two fantastic lyrical performances. It's hard to say whether or not these remixes are better than the original versions or not.. I would probably say that for the larger part of both records they are just as dope as their OG counterparts, and that's saying a whole lot. I also don't want to single out one of the records as the better, as I believe that this is a double presentation that should be heard in one sitting. I would also suggest listening to the "Dice Game" EP first, as it has an intro, followed by a perfect album opener, but doesn't close out on such a fantastic note as "Abrasions" in my opinion. For now it unfortunately seems that this is a digital release only, but hopefully MMG will press up a few vinyl copies of this and if they do I really hope they press it as a 2xEP (including instrumentals) or as a single LP with each EP on each side. Whatever you do, make sure to listen below and if you want to support each EP is available for $4.49 @ MMG Bandcamp.

Posted by lost.tapes.claaa7@gmail.com at 3:31 PM