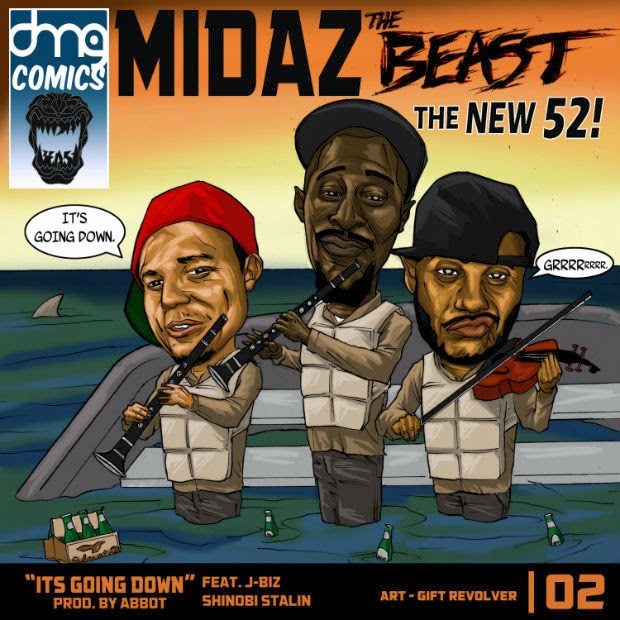 MidaZ The BEAST had 2013 on lock with his fat debut LP "AU: Another Universe" and several memorable guest spots. This year will bring even more goodies from the HiPNOTT/Doxside emcee as he just started his weekly series "The New 52". The concept is that each week will bring a brand new MidaZ single, complete with fresh cover art by DMG comic book artist Gift Revolver. How dope is that?

This weeks joint is called "It's Goin' Down" and is a collaboration with Vets of Kin members Jbiz, Shinobi Stalin and producer Abbot... And as I wasn't up on this new project from MidaZ until today, make sure to also check out the soulreeking solo banger "Hat Trick" which set it all off last week.. AND TURN IT UP!

Posted by lost.tapes.claaa7@gmail.com at 4:41 PM