[Album] DEL THE FUNKEE HOMOSAPIEN - "Iller Than Most" 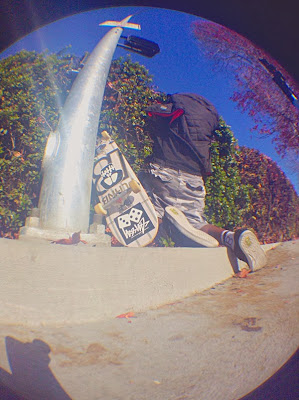 When Hiero's finest Del Tha Funkee Homosapien drops a new album, you can count that the vast majority of the music on there will be pretty fucking amazing; from his early albums like "I Wish My Brother Were Here" (1991) to the new Deltron collaboration "Event II" (2013) the Oakland emcee always got some interesting things to bring to the table - whether it's lyrically, concept wise or musically; usually it's all of those things combined. Another dope thing is that his projects often seem to pop out of nowhere, which makes them even more welcome, and such is the case with Del's first present to all his fans in the new year. A free digital LP entitled "Iller Than Most" which the versatile cousin of Ice Cube describes as follows:

"This [is] a new FREE LP that is futuristic and fun — but still on some Hip-Hop shit. Lyrically ill but fun to listen to, nothing super heavy. I did the production on it as well. Hope y’all enjoy it, peace."

I haven't been able to listen to the LP in full yet, but from the few tracks I have heard so far it does not dissapoint at all. There's really not much info to go on, like why it says the album is called Zartan Dreadnaught COBRRA (or is this the artist? As in an alias) to who produced it. But who cares as long as it's dope right? So press play below and make up your own mind - or as they sometime say, TUNE IN, TURN UP, and ZONE OUT!! Spotted @ EgoTripLand.com, so kudo to you guys!