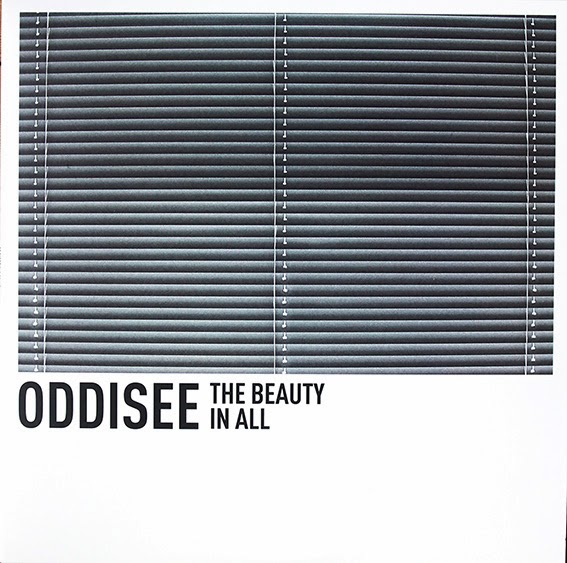 Oddisee is an absolutely marvellous producer (and emcee) that have a very high output, yet each of his albums stand on their own as unique pieces of art and never feel rushed. I first beccame aware of his work around 2005 with his three outstanding credits on The UN's debut album. Since then I've been constantly impressed with him and his music. In 2013 the Odd superproducer released his instrumental tour-de-force "The Beauty in All" - not only his finest album yet, but also one of my absolutely most played albums of the year. Since I listen a whole lot to jazz, I've always had a big thing for instrumental hip-hop LP:s, meaning albums that are designed to listen to in their instrumental form rather than rap albums stripped off the vocals. Just like his counterparts Alchemist, K-DEF and Audible Doctor, Oddisee is not only one of the finest producers working right now; he's also one of those few that have no problem churning out quality material at a very fast rate.

"The Beauty in All" features 12 songs, while still having a running time of an hour, which means that each insturmental gets plenty of time to draw in the listener, making each song a true experience to hear. While each of the tracks undoubtedly works well  as stand-alones, its when the LP is presented as a front-to-back listen that it truly induces a mental state that's as close music will get to meditation. The avid hip-hop fanatic will find plenty of previously used samples to recognize (e.g. "Fashionably Late" vs. Jay-Z's "Politics as Usual", yet Oddisee incorporates those well-known sounds in such a way that they in every way work in the music's favor by injecting the occassional sense of deja vu within the musical landscapes he create. And landscapes is a particularily hitting word in describing the sonic places the music here builds up and creates. An instrumental record done wrong can easily become a bore fest, since without a singer or emcee at the front it's entirelly up to the music itself to alone draw the listener in and keep her hooked throughout. This is a fine balancing act since the music does need to steadily introduce elements to keep it interesting, while at the same time avoiding to clutter the songs with too many soundlayers. This is a path Oddisee walks with absolute perfection on "The Beauty in All",  from the introductory "After Thought" to the closing statements of the eight minutes epic "Fork in the Road".

There's a constant dreamlike quality found throughout Oddisee's latest album, one that with no doubt would be hampered by the addition of an emcee. In fact in a way I feel that evey single song on the album is like a separate dream in itself, and for me the LP as a whole works as a metaphor for a night's sleep (you do have several dreams each night). A quick look on a few of the songs included on the album might better explain what it is about this LP that I find so amazing. A slowly building piano melody sets off the first track and becomes the focal point of the track, but during its four minutes run the song goes through several transformations where Oddisee add elements like synthesizers, percussion, short emulated vocal parts and several breakdowns of the beat. Before the next cut comes on, Oddisee does a "Pete Rock" by introducing a sort of instrumental intermission of an absolute beautiful beat that's right in the key of the track it is attached to, and due to it's short length it works as a bridge to the next cut. This is a practice used a few times during the record and without exception it does enrichen the listening experience. "In My Day" is a more up-tempo joint with especially crisp drums and a very nicely chopped sample that's inctupucturated by an addictively ill trombone hook that's floating in and out of the composition. One of the most haungtingly beautiful tracks on "The Beauty..." is the slow moving "The Gospel" which truly sends chill down my spine each time it comes on. Once again the track starts off in a slow fashion, with an almost mystical vocal sample, a soft keys melody and a flute sample in the same key, but soon enough a breakneck hip-hop beat kicks in which in a, positive, way works as a counterpoint to the other more mellow sounds. 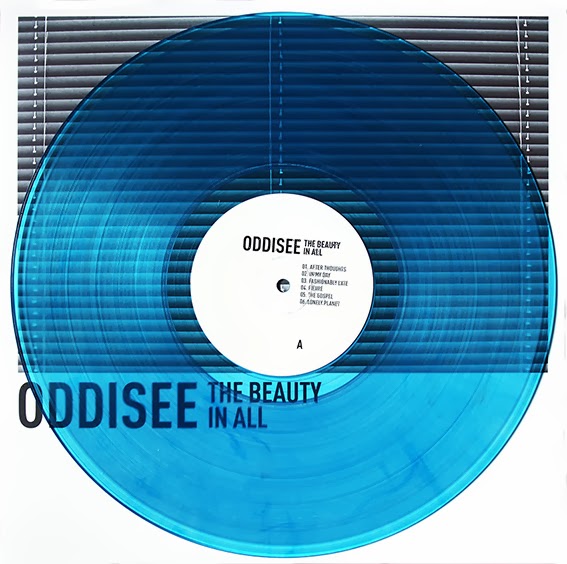 Every song on the album have moments of pure bliss for the listener, and shows wonderful craftmanship but I won't go into detail on each song as I only want to paint a picture of some of it's strength, in hopes that I can make it sound interesting enough for you to actually go out and pick it up for yourself if you haven't already. The last track I want to do a quick mention of however is also the album's final track; "Fork in the Road" is actually split into two songs and in some way works as a release of catharisis after the musical journey the listener's just been taken on. The first and longest part kind of incorporates elements from all the songs before it, as a sort of resumé of the experience. Starting out with a steady drum beat building up tension, Oddisee soon lets loose of a soothing acoustic piano melody that will drop in and out of the tune, but still works as the songs overarching theme. Other instrumental parts thrown in to the mix are a string section, muted vocal samples, keyboards and more, but coming out loudest and clearest are the rhythm section - the drum beat and the bass lines, rooting it firmly in the hip-hop tradition. The second song, which is actually a hidden track, breaks off a little from the album's established formula and I think that it would have been wiser to include it earlier on the album. It's an uptempo joint borrowing heavily from the popular funk and soul records from the 1970's; a repetitive synth melody makes up the main theme, while a sung sample going "mama, you're alright with me" keeps repeating for a large part of the song. It's dope in its own right, but compared to the first part of track #12 it works nowhere near as good as closing the dreamlikeness of the album up to this point. Still with the amount of fantastic material Oddisee presents in multum here, this is an easily forgivable misstep.

The album stays with you long after the needle hits the outer groove (or the playlist is over) and demands to be listened to again. And that's a very good thing, since it's also one that grows with each listen. There's been several mindblowing to great instrumental albums released this year (Kev Brown, K-DEF, Klaus Layer, PVD, RJD2)  but to me Oddisee has with "The Beauty in All" created the most cohessive and most interesting out of the lot and without a doubt deserves a place high on the list of best albums of 2013. And as that wasn't enough, the producer/emcee actually re,leased pretty much two albums simultaneously. At the same day Mello Music Group dropped this, Odd and MMG also dropped "Tangible Dream", which features 13 new tracks produced and performed by Oddisee. And although I believe they technically have labeled it a mixtape, I would argue that it in fact is an album, or at the very least a "street album" as they like to call it! I believe that, counting "The Beauty in All" and "Tangible Dream" (perhaps even without the latter), I am placing Oddisee's latest as the third best project of 2013. You can stream and purchase both albums (a long with most of this brilliant man's earlier work) @ OddiseeBandcamp.com.
Posted by lost.tapes.claaa7@gmail.com at 6:15 AM