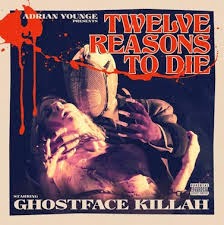 These days, Ghostface Killah is often mentioned as the best and most versatile member of the Wu-Tang Clan, with the catalouge to back it up. His more recent project however (such as "Apollo Kids", "Wizard of Poetry", and "More Fish") all had their moments, but they often felt very uneven in their both beat choices, and at times even Tony Starks himself fell into the trap of generic street raps; clearly influenced by fellow Theodore Unit member Trife Da God. Luckily, 2013 finally brought back Ghostface where he's supposed to be, as one of the top lyricists in the game and one of the absolute best story tellers hip-hop has ever seen. This was thanks to wonderchild multi-musician and arranger Adrian Younge and executive producer The RZA who sketched up a concept for Ghost to work from, and gave him the best beats since perhaps "Supreme Clientele". The album was released in two versions, the ordinary Adrian Younge produced "Twelve Reasons to Die" and the Apollo Brown remix album "The Brown Tape", both released on high quality vinyl. As I truly love both versions almost equally much I have decided to review them as a unit as I really like to listen to them back-to-back due to the short length of them both (about 35-40 minutes each). The reason this is listed as #1 despite the two previous releases I posted today were listed as no.4 and no.3, is because I have decided to share the number one spot of 2013 between this and another release, which I'm going to present tomorrow. 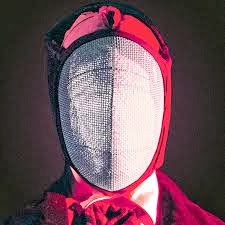 Which one is better between "12 Reasons" and "The Brown Tape" depends on my mood for the day, usually I'm leaning slightly towards the original Adrian Younge mix, but one thing's for sure - both versions are very close to flawless. They also make for a very interesting comparision as the musical landscapes are built on two opposite premises - Younge's orchestration is completely free from samples, while Apollo Brown's mix is created around nothing but samples. Yet they both capture what is in a sense a somewhat similiar vibe around Ghostface Killah's cinematic murder and revenge story. Younge has stated that his main inspiration for the album was the early soundtracks by Ennio Marricone and the early production work of The RZA. Both influences are clearly evident throughout; spaghetti western style guitars and stand-off type of music in a hip-hop tapping, Rhodes, keyboards and deep bass grooves being key sounds throughout the LP. Despite the substantial influences, there's no question that Younge has established a sound of his own and with projects like this, Venice Dawn and The Delphonics, there's no question that he's one of the more interesting producers around in this day and age. Every beat is so richly orchestrated, with a superb knack for filtering the sounds of live instrumentation to sound like crispy samples which brings a distinct hip-hop flavor where many working with live musicians have failed. Apollo Brown goes all out with the samples, often including vinyl pops and hissing, creating an album that sounds like it could've been a soundtrack to a grimey '70s blaxploatation flick which fits Ghost's revenge concept absolutely perfectly. Despite being a remix album, I honestly feel that this might very well be the finest set of tunes the Detroit producer has churned out yet as it's extremely cohessive, very layered and truly headbang material.


Then of course there's the masked avenger himself, who shines bright as ever here. Often quoted as one of the absolute finest storytellers in all of music, it's a great treat to finally hear him do a concept album like this. From beginning to end there's a real Ghost Rider meets The Godfather vibe cleverly being told, never straying from the topic; especially with The RZA doing a few narrative interludes to clear up any parts of the story that might be a little muddy. Simply put the story is set in the 1960's Italy, where Tony Starks, a black gangster gets involved with the DeLucas family. But after starting to sell drugs on the side without his bosses knowing the bosses decide to set him up and kill him. Their mistake, and a very cool plot line, is that they throw Starks body in boiling vinyl, pressing up 12 records featuring his remains. What they don't expect is that playing these records will bring back Ghost in the spirit, and he's very revenge hungry and you can be sure he gets his revenge... And it's bloody as hell!

Having RZA involved in the project as the main executive producer also does wonders for Ghostface recording voice. As you might noticed he doesn't sound as high-pitched like on every album from "The Pretty Toney" album onward. The reason for this, as revealed in early interviews with RZA and Ghost, is that  the former always used to slightly pitch down GFK's voice a couple of notches; and it definitely sounds better (just like on "Ironman" and "Supreme Clientele")! There's a lot of little things like that which really make this feel like one of the old school Wu-Tang projects, and although there's no cameo by Raekwon, there's plenty of times where fellow W-representatives like Inspectah Deck, Masta Killa, Killa Sin, U-God, Cappadonna and narrator RZA pops up... And they all add to their story in their own way, making the story extremely cohessive throughout. Just check the unbelivably ill posse cut "Murder Spree", which features all of the aforementioned artists (aside from RZA and Cappa) painting a violent picture of the risen Ghostface Killah and crew's revenge on the  DeLucas family. Apollo Brown juxtaposes this brutality against a relatively sweet and soulful track filled with high-pitched female vocals which  creates a wonderful counterpoint to its grimness, while Younge chooses to place the vocals over a more agressive beat from start.


I've been a Wu-Tang fan since  I was a kid, and I've followed their careers obssesively, and though they continue to (often) drop quality releases, it's been many years since I got that extreme feeling of musical pleasure that I received from "Twelve Reasons to Die" / "The Brown Tape". Whichever version you listen to, everything just connects, the musical aspects are just perfection, Ghostface proves once again why he is one of the most reverred characters in the industry, the cameos are carefully selected and does a great job, and so on. It is clear that everyone involved were extremely involved and cared for the project to be the best it possibly could... And in that they succeded! On top of that there's a lot of cool extra material like a Marvel illustrator's comic book, that's a fantastic read while you're listening to the album.
Posted by lost.tapes.claaa7@gmail.com at 11:26 AM