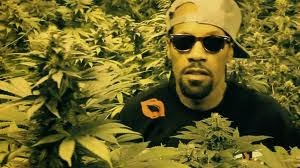 Despite Redman being one of the most cherrished emcees in the world, especially when taking into account his many classic LP:s both as a solo artist and with Meth, he's also a damn overlooked producer. While I will most likely do a Redman cameos compilation soon enough, for the latest Lost Tapes compilation I've choosen to focus on Reggie Noble's skills on the other side of the booth. Ever since releasing his first album in '92 with the classic "Whut?! Thee Album" Red cemented himself as a force to be reckoned with both on the mic and behind the boards. Many people take for granted that it's Erick Sermon's beats you hear on that album, and sure enough a large part of it but many joints are solely credited to Reggie Noble. This side of his musicianship was even further explored when he made "Dare Iz A Darkside" where he produced the vast majority of the beats. The dark, almost threatening atmosphere of those bass heavy, psychadelic funk blasters still stand out as one of the crowning achievments in a long and illustrious career. But by that time (1994) he had already spent many years molding his musical talents. It's hard to believe, given his effortless flow and knack for hilarious punchlines, that Reggie Noble wasn't always focused on being an emcee, but the fact is that he initially started his career as a DJ. And of course being a good DJ is a vital part to becoming a good producer for many of the illest beat constructers on the hip-hop scene. Add to that learning from certified genius composers such as Erick Sermon and The RZA, and it's easy to see how Redman evolved into a really dope producer in his own right... A fact still overlooked by too many!

Although Redman of course produced many of his own tracks for "100% Redman" I have excluded almost all solo tracks by the man in favor of lesser known works for artists like Jamal, Dave Hollister, Mel-Low, Quo, Mother Superia and many more. The two exceptions are his contribution to the 1995 "New Jersey Drive" soundtrack, "Where Am I?" and the 1996 non-album single "Funkorama" - both really strong cuts. Other tracks includes classics by EPMD, Keith Murray and Artifacts. The end result is a truck load of dirty and raw FUNK that should be played LOUD or not at all. So I hope you  all enjoy this one and last but not least, this compilation was inspired by an idea from my homie Jaz over @ ColdRockDaSpot who posted a similiar comp at the T.R.O.Y. Forums a few years ago.. So much thanks to him for the inspiration and be sure to check out his site if you're not already familiar, a true hip-hop head! 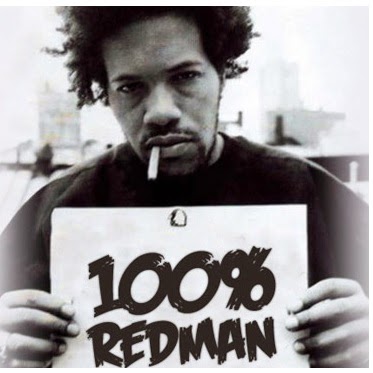