I know several times when I have posted stuff about Jigga Man on here, I've gotten some angry comments about me including his music here on The Lost Tapes, despite it being his older material which I'm still a big fan of. His more recent output, and the way he carries himself, is totally despicable in many ways but his talent as an emcee can't be denied, especially when listening to projects like "Reasonable Doubt" , "The Black Album" and "Vol. 1: In My Lietime".  Since his semi-retirement he hasn't come out with much worthwhile but I did find that his 2008 concept-album "American Gangster", inspired by the Ridley Scott film of the same name, was a very dope project. Just like he did with "The Black Album", Jay-Z and Def Jam/Roc-A-Fella decided to release the entire album as an accapella version as well, inviting producers everywhere to make their own version of the LP. While it hardly invited as many heavyhitting remix albums as its 2004 counterpart, such as Danger Mouse's "The Grey Album", Kev Brown and 9th Wonder's respective takes, and so forth, it did give us an entire remix album by Lost Tapes favorite K-Def (yeah I know there's been extensive writing on my part of 'Def recently due to my "Best of 2013" series, but this one is brought up by request from an avid reader of The Lost Tapes). So here we go, the "Real Live Gangster" album, as produced and remixed by K-Def, featuring the vocals of Jay-Z, Beanie Sigel, Nas, and so on.

The original album, was in my opinion, brilliantly produced, and flew like a true allbum should, with a third of the album featuring perhaps the finest production work yet by Sean C & LV, a long with really ill beats by No ID, Toomp, Jermaine Dupri (if you don't believe me click here) and Just Blaze. Since the story is set in the 1970's, the surrounding music that was created for the album did reimagining the sound of the times, which worked wonders. This is something that K-DEF also makes a point of with his own interpretation while also bringing his own unique sounding flavor to the table. The result is for the most part absolutely tremendous - I say mostly, because a few songs like "No Hook" pales in comparision with the original. However, several of my favorite songs on the original retail album which gets such a complete update here that they can't even be resembled anymore, is even better than their original counterparts. This include the glorious single "Roc Boys (And The Winner Is...)" which K-Def envisions around a slick guitar riff-driven piece, with underlying rhodes, synth and sound effects, and a steady rhythm section, and a powerful bass- and drums combo. The result is a track that is not half as celebratory as the OG, but is equally headnod-inducing and sound hell of a lot more gangster. "Sweet" is another simiiliary driven track that packs a hard punch, with a simple but addictive motif carrying the song forward with reoccuring horns underlining the keyboard effect. 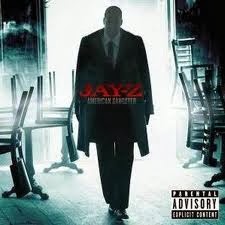 I remember when I first got "American Gangster", one of the tracks I couldn't stop listening to was "Party Life". Funny enough, when I got "Real Live Gangster", I couldn't get K-Def's melody (which runs throughout the entire track, but alternated on rhodes, vibes, and synth) out of my head. Truly dope, though I would have to go with the original version if I were too chose one of them! A track that however is just a million times better on this verson is "I Know", one of the tracks that didn't do anything for me on Jay-Z's album, is "Sweet", where it was produced by The Neptunes and to me broke away from the formula established by the other producers on the LP. The track is about heroine and speaks from the drugs perspective, so it's essential that it should have a warm and rather slow moving background track. Something K-Def easily creates with a more minimalist sound than used for most of the other songs; aside from a few sound effects, the focus is on the rhythm and a sweet accoustic piano line.

By these few examples I might have given a little bit of a picture of what K-Def does with the material, and going in to such detail for each track would be pointless. It's very consistent throughout, the influence of '70s funk, soul and jazz/fusion is even more prominent than on Jigga's original album, and K-Def's love for multi-layering tracks with his bag of tricks is in full effect as well. Another thing is that there is clearly a gangster musical theme running throughout. It's also of course very impressive that K-Def creates his beats around the vocals so that Jay-Z doesn't sound to miss a beat, something that speaks both to the talents of 'Def as a producer and Jigga as an emcee. Of course, that is what a remixer does or should do but we all know that a lot of great producer have put out remixes where the emcee ocassionally or even often drops out of time. This was a real treat for underground hip-hop fans around the world when it was released as a free digital download, and having just revisited it again after a few years I can say that it still holds up. The only problem with the recording is that it is presented in only 96 kbps, which of course is a very low bitrate, but still absolutely listenable. I was curious about this and tried to find a HQ rip for quite some time, until I got from official sources that K-DEF purposely released it in a low bitrate due to fear of bootleggers putting it out there. This is due to the fact that shortly after the download was made official, the music on the disc was released as an instrumental album by 'Def called "Gangster Instrumentals". Ironically, the 96 kbps bitrate Mp3 files were in fact pressed up on a bogus bootleg a few months later! Oh well, if you haven't heard this in a long time or are late to the party... Download, press play and TURN IT UP! 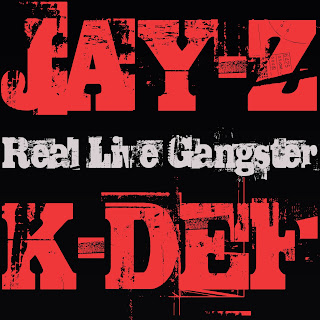