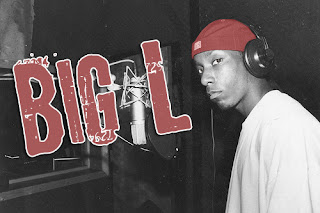 As my loyal readers surely have noticed, I have always been greatly fascinated not only by true school hip-hop music, but also by any trivia, interviews and information about those classic recording sessions that resulted in all these legendary albums. Another thing that is of high interest to me is alternative mixes, cut records, original sequencing, and all that. In this respect, Big L's short but powerful discography is one to be heavily discussed even today, 13 years after Lamont Coleman's tragic murder.

Almost one and a half year ago, I revisited L's posthumous "The Big Picture", putting together a version that I personally felt better represented what that album might've sounded like if L was still alive to complete it; cutting out many, but not all, of the after-the-fact remixes, etc. For this post I am taking a look at his groundbreaking 1995 debut, "Lifestylez Ov Da Poor & Dangerous", but since that's already a complete LP, released along L's and his producers vision, I am obviously not gonna disgrace it by trying to change it or give you an alternative version. Instead, I will bring you high quality rips of all the cut tracks and alternative versions from that album, which equals to about 30 minutes of classic Big L rhymes and D.I.T.C. beats. As a bonus, I also included all the official remixes of songs from the albbum released on their original singles. Some of these have been rather hard to find in full versions, with no DJ mixing and in excellent quality, but over the years I've managed to track them all down; some ripped fromm my own collection, but most of the huge thanks to the fantastic BigLOnline.com and its webmaster ThaBigSleep, who originally provided many of these rips.The "Gorilla in a Phone Booth" rips are courtesy of the ever mangificent T.R.O.Y. Blog, so many thanks to y'all brothers as well.
Two related gems that you might, or might not, have seen upon their original publishing is two extremely informative articles on the making of "Lifestylez..."; straight from the two main producers of the record, Lord Finesse and Buckwild. Back in July 2010, HipHopDX posted a long interview with Lord Finesse about the original recording sessions, and events around the release of the album, especially focusing on the tracks he, himself produced for the LP. Unfortunately, Buckwild, who had agreed to do the interview, could not be reached and therefore was never featured in the final article. However, in celebration of Big L's born day, on May 30 of this year, XXL posted a shorter but similiar track-by-track breakdown of the Buckwild productions from "Lifestylez...", as told by the producer himself. Both of these are essential reading to anyone who, like myself, hold Lamont's earliest recorded work in the higest regards. It's also recommended to read them both before listening to the EP provided, and shortly explained, below. 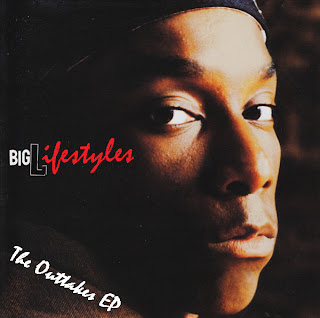 01. "Devil's Son"
This was as you know Big L's solo debut to the world, as it was the song on his demo tape that caught Colombia's interest, due to it's bizzare horrorcore content. Released as a promo only on the label in 1993, the track quickly gained a lot of underground buzz and together with several mindblowing cameos around the same time, definitely had people wanting to know what was up with his crazy rhymer. As Lord Finesse mentions in the interview above, "Lifestylez" was basically completed in 1993 but got caught up in limbo. Evidence of this can be seen on the original promo 12", where ithe credits listed are those of the album producers (Showbiz, Buckwild, Lord Finesse and Craig Boogie). For this reason, this song have often mistakenly been thought to have been a production collaboration between these four, when in fact the actual sole producer is Showbiz.
02. "Let 'Em Have It L" [Original Mix]
Craig Boogie produced the album version which with it's rugged uptempo production and L's agressive flow, was the perfect album closer as it truly ended the experience with a bang. The original version is completely different in many aspects, not only does it feature many never before heard Big L lyrics, 0but they are placed over a Showbiz beat that's much more mellow and laid back, though definitely thumping, with a classic D.I. bassline groove and a mesmerizing keyboard sample. In fact, it's kinda hard to choose which one I like better since they are both so different, but as far as outro tracks goes, the Craig Boogie mix is definitely the obvious choice.

03. "Timez Iz Hard..."
I don't know why this failed to make the final cut of the album, despite appearing on a promo LP, sequenced between "Da Graveyard" and the title track. This is definitely in the same key as the rest of the album and, to me, is the one song that would have helped to improve the album even more. The rhymes are classic hardcore storytelling mode L, where he rhymes about his extended robbery crusades over a jazzy backdrop, complete with stand-up bass, saxophones and well placed cuts; presumably handled by DJ Roc Raida as he often helped out on the early D.I.T.C. albums. The track is a co-production between Buckwild and Lord Finesse.

04. "School Daze"
"School Daze", together with the aforementioned track, appeared on a 1994 cassette only promo for the album, that also featured a totally different sequencing from the finalized retail. According to Finesse, this was possibly the first track they even recorded for the album, and compared to the songs on the retail, it may sound a little dated in comparision, which is most likely the reason it was cut. That does not mean that it's not a banging cut though, rhyme and production wise. I'm pretty sure 'Ness hooked this up for L.

05. "No Endz, No Skinz" [Original Mix]
Similiar to track #2, this is a completley different take than the "Lifestylez..." version, featuring many alternative lines from L as he obviously re-recorded the vocals for the second version, rather than just placing the original vocal over a new beat. Showbiz produced both versions, and while they both bare his trademark, they are still completey different. The chorus over the horns section is amazing, but otherwise I'd personally think they made the right choice going with the LP version. This was unearthed as recently as 2010, when the supreme Freestyle Professor Records on the very limited "Gorilla in a Phone Booth". There's still a few presses leffor those who are interested, but considering how pricey it is and diggers will definitely buy the EP whether or not they already heard the song, I decided to include both tracks from thee EP.

06. "Clinic (Shoulda Used A Rubba)"
"Clinic"  also appeared on the 1994 cassette promo, but for some reason it didn't make the LP. I love this song, it's classic L/D.I.T.C. with a rugged, yet very jazz beat that has lots of interesting layers to it; I believe this was produced by Finesse as wel, but it could also possibly be Njckl. Once again Lamont is in storytelling mode, and his verses are full of hilarious quotables as it deals with a fictional story about how he catched an STD forom some trick. The outro monolouge is funny as hell too. I could absolutely see this on the retail, although I's not really as hard as the majority of the album which might be why it eventually was left off.

07. "I Can't Understand It" [Original Mix]
On the retail, Show had two beats, "No Endz..." and the album mix of this. As seen with all these joints that were left off or changed, it's easy to see that Show played as large a role as Buck and 'Ness when it came to producing for the album (he also made this original mix).  This is probably the alternative mix with most different verses, as it features an entire never released classic L verse. I can't place the sample right now, but I know it's something I have in my record collection; I got strong a feeling it's from on one of my Weather Report records. However that may be, it has a very jazzy feel, much more so thna finalized version. Once again, it's accoustic bass, agressive drum patterns a, saxophone hook that fades in and out throughout. It's a cool track for sure, but the album version is much, much beter.

08. "Eiht Iz Enuff" [Original Mix] *
* I really wasn't sure if I should include this on here or not, since the dark Buckwild beat is exactly the same, Big L's verse is actually the same (even exactly the same take). The same goes for five of the other verses featured on the reccord. The difference is that Terra's and Herb McGruff's verses are both different, although they incorporates some of the retail's lyrics as well. Also there's no intro or outro from Big L. But whatever, people might not have heard it, and it is an early version of a track from "Lifestylez...", and of course a bonafide classic, so it might as well be included. This was first unearthed as late as 2008, on the limited Herb McGruff vinyl, "The Demo" on One Leg Up Records.

09. "MVP" [Summer Smooth Mix] [*]
In the Finesse interview, it's implied that he wasn't too happy that Columbia decided to use the 12"'s "Summer Smooth Remix" for the video rather than the original. It's alot smoother and features some R&B-type vocals by a girl called Indigo. As he say, a remix will never appear on an artists record unless it's been approved by the artist, which of course Big L had done, and it was a decision on both L's and the labels behalf to use this one for the video. I personally don't like it nearly as much as the original, but it's most def a nice, and very different take on the record which gives it another sound. Proudcer Salah is not exactly prolific, but prior to this he had remixed records for Super Cat, Diana Kang, Coolio, a cut on the "New Jersey Drive Soundtrack" and even released a solo album in 1993 called "Caged Bird". In 1998 he also produced a pretty dope jam for MC Lyte, but that's pretty much all he's ever released.

10. "Put It On" [LG Street Mix]
I've been thinking about putting together a LG Experience compilation one of these days, because he's done a lot of hot shit, which seems to run in the family (he's Easy Mo Bee's brother for those that didn't know). This is a lot darker and more "L"-like in it's approach, and seems to have been a lot more in Finesee's mind according to the HipHopDX breakdown. Totgether with the "MVP" remix, this is the only B-side exclusive to any of the singles from "Lifestylez...", and appeared on the "Put it Down" VLS in 1995.

11. "MVP" [Buckwild Remix]
In 1995 Buckwild also remixed "M.V.P.", not only once but actually in two totally different versions. They remained unreleased until 2007, when he put it out himself on the unbelivably fat 2xCD compilation "Diggin' in the Crates: Rare Studio Masters ('93-'97)". However, I only included one of the remixes here and the reason is that it was, in a way, released in 1995 on a "M.V.P." promo 12". I say in a way, because it was a mistake on the label's behalf to incude it; the DJ promo single was to include the original version and the instrumental on the flip. Rather than the expected instrumental, what later turned out to be the Buckwild remix, turned up in instrumental form instead.