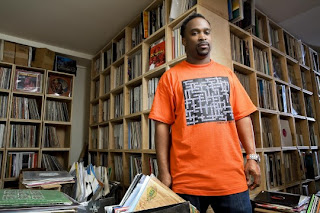 Vincent Williams, better known to the hip-hop community as DJ Spinna, first made his entrance into the recording industry around 1995-1996; producing and remixes stand out cuts for underground and well established artists including, J-Live, Kool G Rap, MC Eiht, Das EFX, N.O.T.S. Click and Mike Zoot and even 4 Hero and Faith No More, just to name a few. Since then he laced classics for Shabaam Sahdeeq/Eminem, Scaramanga/Brand Nubian, Edo G, Masta Ace, Defari, GURU, Ronny Jordan, Sadat X and many more. But unlike some of, especially today's hip-hop producers, Spinna's got an equal love for a wide range of different genres; putting together mixtapes celebrating Stevie Wonder, disco/funk, and definitely least house music which he have a huge love for.

In the late '90s, he was signed to the, then incredible, Rawkus Records where he released his debut solo record; the headnodding mini album "Heavy Beats, Vol. 1". The 8 tracks project saw Spinna's take on the vintage boom bap sound, not only filled with mesmerizing instrumentals, but also included vocal tracks from the likes of Eminem, Talib Kweli, Apani B. Fly Emcee and Missin' Linx. The record sold poorly, and as the quality of Rawkus rapidly lost its quality, BBE's incredible The Beat Generation Series signed the DJ and producer for a one album deal. The result was  the absolutely terrific "Here to There". The first time I head it, I wasn't exactly blown away but it's one of those albums that grow with each listen. The 75 minutes project, featured neckbreaking instrumentals full of well executed turntable work, heavy vocal hip-hop cuts featuring the likes of Shadowman, Jean Grae, Apani B. Fly Emcee, Jigmastas, Mr. Akil and more. Suprisingly to some, the LP also featured some authentic house tracks towards the end, which added to making the album a true musical journey of different genres. A very risky album indeed, and one that put the genius of Williams at the forefront.

This was followed by two further solo albums and lots of very classy 7" singles. As if that wasn't enough, Spinna was also part of, and the main producer of, Jigmastas, Polyrhythm Addicts for whom he produced two full-lengths, and most recently SPOX PhD with emcee Ox The Architect who's currently working on an album to follow up their brilliant single "Brilliance" / "Four Times Raw". There's no question that Spinna is one of the most overlooked producers of all time; and besides all the albums I mentioned above, that you need to check out eventually, what better way to intoduce new listeners to some of Spinna's outside work in a context that I believe long-time fans of the producer will be able to appreciate as well... Oh well, TURN IT UP!! 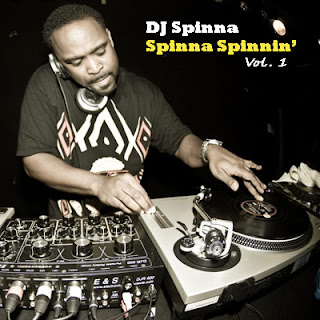