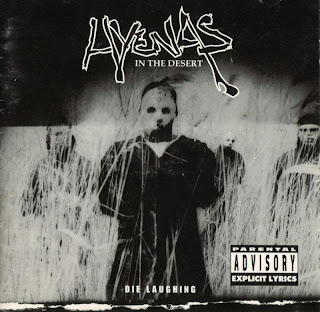 Funky producer Gary G-Wiz was first introduced to the hip-hop buying public as part of Public Enemey's production team. For P.E.'s three first album, the wall of noise was primarily handled by The Shocklee brothers, Eric "Vietnam" Sadler" and Chuck D, as The Bomb Squad. For the group's fourth LP, "Apocalypse '91... The Enemy Strikes Black", G-Wiz distinct hardcore sound was introduced as part of the Grand Imperial Ministers of Funk team. From there he was part of classic records by Eric B. & Rakim ("Know the Ledge)", Big Daddy Kane ("Nuff' Respect") and even Janet Jackson. It didn't take long before he was knighted an official member of The Bomb Squad, and played a huge role on Chuck D's very underappreciated solo debut, '96s "Autobiography of Mistachuck". The album also featured Long Island rhymer Kendo on the standout track, "Pain".

The aforementioned producer and emcee impressed the Public Enemey frontman so much, that he signed them as a duo to his then newly started Slam Jamz imprint (a sub-label under Columbia). The first act to get signed by the label was Hyenas in the Desert, the duo consisting of Gary "G-Wiz" and Kendo. After releasing two 12" singles on the label, "Concubinez", and "Can You Feel It?""Wild Dogs", Hyenas in the Desert released their debut EP on both wax and CD; "Die Laughing". The nine tracks presented on the disc was hardcore, dark and moody music with Kendo's ruff reality raps; matter of fact, Kendo was at one point thought to be Large Pro's replacement in Main Source before MC Mikey D took that place.

Due to lack of hype, Hyenas in the Desert never released anything after their impeccable debut EP, and it's a rather unknown release despite how dope it is. Neither G-Wiz or Kendo has done much worth mentioning after the split of the duo, although G-Wiz has reunited with Public Enemey and produced their latest album "How to Sell Soul to a Soulless People". Aight, 'nuff talk, check out this heatrock and let the hardcore beats and rhymes take over your mind for the coming 30 minutes.

HYENAS IN THE DESERT - "DIE LAUGHING EP"
Posted by lost.tapes.claaa7@gmail.com at 2:04 AM