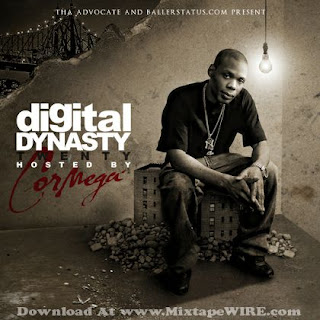 Super N.E.S. is without a doubt one of the most interesting debut artist of the yesr. The NY emcee got a love for that true school sound we all love and cherish, and I have a feeling his mixtape will be one of the best of year. Put together  by DJ Grazzhopa and A&R Mal Moe, the tape will feature a mix of N.E.S. going in on obscure underground classics, but maily the original production will be handled by the likes of Nick Wiz, Da Beattminerz (work in progress), Purpose of Tragic Allies, Confidence, Tokyo Cigar, The Autible Doctor and of course DJ Grazzhoppa himself and many more. The mixtape will be presented by The Lost Tapes and We Goin In. In case you missed the first single, don't sleep on the impeccable Nick Wiz produced "Introducing N.E.S.".

As a warm-up to the tape, a non mixtape cut called "Sole Collector (Love His Kicks)" will appear on the Cormega hosted "Digital Dynasty Tenty" mixtape which is out soon, so stay tuned for that cuz you can count on it being available on The Lost Tapes ASAP.