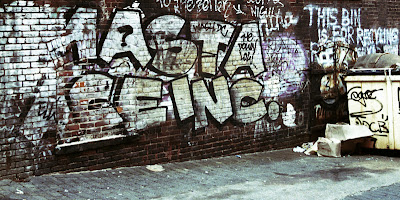 Recently The Lost Tapes readers were treated to 16 tracks of uncut Masta Ace brilliance on a compilation titled "Building The Arts". The premise for that playlist was a focus on Tha BK Masta's large quantity of singles released between the dissolving of the Masta Ace Incorporated, and his 2001 "comeback" LP "Disposable Arts". Now while, Ace's post-2000 releases holds up as my favorites of his catalouge, the two albums and several singles released between 1993 and 1996 as Masta Ace Inc.; '93's "Slaughtahouse" and '95's "Sitting On Chrome" was both groundbreaking in their own right, with the former being an agressive but satirical assault on the substanceless hip-hop dominating at the time (especially targeting the gangstarap that was making huge numbers), all while bass heavy beats with a West Coast flavor mixed with the traditional NY boom bap. For "Sittin' On Chrome", the West Coast associated bass was now at the forefront, with pounding drums and minimalist samples, far from the typical New York steez of the day. Both albums remains classics, and should be in any serious collector's home library (and no, I'm not talking about a folder on your computer).

I guess you're familiar with The Masta Ace Inc., but in case you're not it was basically a mix between Masta Ace as a solo artist, and a group fronted by Ace One. It was a solo effort, in so that Ace appeared on all the songs, and was in 95% of the cases the lead emcee; it was a group in the sense of not only the name, but besides the former Juice Crew alumni, it also featured a host of artists, that helped out on background vocals, featured verses, hooks, and production. Without a doubt the biggest role of the four (originally six) man crew, were Lord Digga's who distinctinctive, gruff, voice appeared on several songs on both vocals alongside Ase, and also acted as a producer on both LP:s as part of The Bluez Brothaz (together with his brother Norman). Other members included femcee Paula Perry, and sweet R&B-singer Leschea, who both added something unique to the mix. For "Slaughtahouse", the Eyceurokk crew (consisting of proucer DJ U-Neek -not to be confused with the Bone Thugs' producer- and emcee Eyce). Once "Sittin' On Chrome" came around, the crew had been reduced to a four man unit which allowed each member to play a much more pivotal role, which actually worked really well.

But all good things come to an end, and has to make room for new things... The word is that Ace had a falling out with both Lord Digga and Paula Perry which ultimately put an end to the INC. Crew once and for all. Paula Perry was supposed to release an album in 1998 (porbbaly recorded and completed the year before) entitled "Fort Knox", that Ace was supposed to executive produce, but that ultimately got shelved. Before the official disbandoning of the group however, INC. member Lescha released a solo joint called "Rhythm & Beats", that was credited as executive produced by Masta Ace INC. and produced by Ase One (Masta Ace's production alias). The LP even featured vocal apperances by Ace and Perry, and is the final real release from the crew, though it's of course extremely different considering it's not one of the frontman's projects; it's a pretty dope mix of street soul and R&B over hip-hop that's worth checking out however.

Besides the original masterpieces, not much B-sides and unreleased songs were ever available from the crew. There's a few remixes of course; but as far as new, original non-LP material from the crew that started in '92 and closed shop around '97 not much have ever been released. Considering I'm a huge fan of Masta Ace, not least his material with this crew, you know I had to put together what's in fact available out there into a compilation - Lost Tapes style. The twelve tracks featured here are a great drive memory lane for fans of the Broolyn Bounce, and spreads their entire career from '92 to '97 so make sure to check this one out; especially if you've missed out on lost classics like "Top 10 List" (the B-side to "Turn It Up" - the last single Delicious Vinyl ever released under the moniker, this was in '96), "Ya Hardcore" / "Maintain" (both from the "Sittin' On Chrome" VLS) , as well as the slightly rarer Bluez Brothers laced "Good Vibrations" and "Party Jam", which appeared on Lord Digga's 2008 D.W.G. EP of previously unreleased cuts, "The High Plain Drifter". Further, in 2001 Ace released a six track EP on Through Records entitled "The Lost Tapes" (yeah, that's right); a vinyl featuirng six previously unreleased Ace cuts recorded between 1992 and 1996 - In other words, the INC. years, although in the vein of "Slaughtahouse" they are basically solo cuts. As a bonus I even threw on the Ace featured/produced "U Know The Place" from Leschea's aforementioned debut. So I think we got a pretty complete set here, and as expected it bangs pretty F'n hard so make sure to TURN IT WAY UP!! 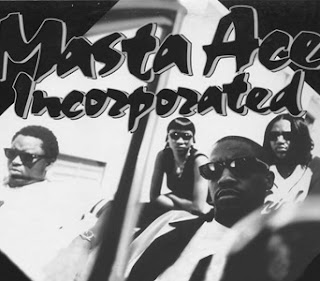 * MIRROR LINK [MEDIAFIRE]
Posted by lost.tapes.claaa7@gmail.com at 7:10 AM