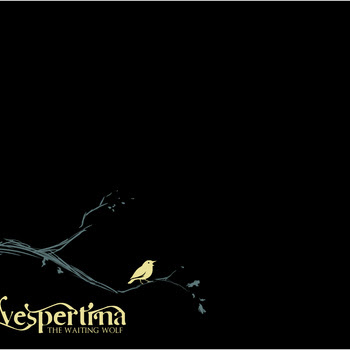 It's no wonder Jedi Mind Tricks' doesn't really exist in it's original incarnation anymore, if you try to make music you're heart's not into anymore it will be a failure 100% of the times. Luckily it has worked out for the best for all involved parties on their respective paths - Vinnie Paz is off doing heavy hip-hop shit with legendary producers for his solo albums, while original producer Stoupe The Enemy of Mankind is collaborating with talented singers on dreamlike, abstract but beat based music that defies categories. After releasing the beautiful "A Bright Cold Day" with Liz Fullerton as Dutch, Stoupe formed Vespertina together with Lorrie Doriza and created "The Waiting Wolf" in 2011. Fans of his work with Jedi Mind Tricks, will recognize Stoupe's hip-hop based drum programming and epic soundscapes, but just like with Dutch he shows how great he is at arranging music to suit the specific artist he's working with. This is also why his work with Vespertina is very different from Dutch's album as well, although there's of course enough likeness to hint about it being from the same composer. Doriza's strong pipes are complemented with both samples and live instrumentations and sees her surrounded with loads of strings, dark piano melodies, moody bass lines, opera like background vocals and constantly changing motives within each song. There's a lot happening here, and it's definitely not for everyone, but if you can get down with it, Vespertina is willing to take you on a journey into their twisted and dark world.

The entire album (which apparantly was almost three years in the making) is now available for both stream and free download in full via the groups' Bandcamp page in celebration of the one year anniversary of the original release date. If you enjoy it, and want to buy the CD (or a T-shirt), head over here. Thanks to Meta4 for the word on this and props to Stoupe and Lorrie Doriza for daring to think outside the box and doing what they believe in!

Posted by lost.tapes.claaa7@gmail.com at 5:37 PM