In today's fast food like music industry, artist has to constantly put material out to the masses to not be forgotten by these hyper active internet consumers. Releasing much material, and often, and preferably free iis more the rule than exception today, at least amoung the younger generation of artists. One of the most active, that constantly balance quantity with quality, is Conney Island's own Torae. Besides several banging albums, he's flooded the market with solid guest verses, mixtapes and loose singles, building a strong fan base among both old school heads and newly initiated.

Tor's latest endeavor is a unique dose of daily singles series titled "#DailyBread"; a newly recorded Torae track set over a classic instrumental by some of the illest producers in the biz will hit Tor's soundcloud each and every day. With beats by Dilla, KanYe, 9th Wonder, Peemo, Just Blaze and King I Divine so far, listened as a set the six songs makes for one terrific EP, and if he keeps this alive and kicking I wouldn't be very suprised if the complete set gets some type of official release. Check out all tracks below via Torae's SoudCloud. Oh, and since I didn't post it when it first dropped, get in the mood by peeping the relatively new video for "What It Sounds Like" up-top; the Pav Bundy assisted opening track to Tor's superior "For The Record" 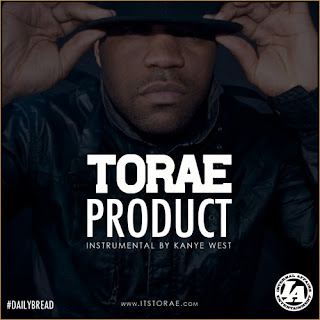 TORAE - "#DAILYBREAD" @ SOUNDCLOUD
Posted by lost.tapes.claaa7@gmail.com at 5:03 AM