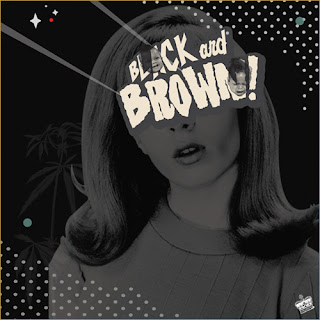 "Black & Brown" is the logically given title to the upcoming collaborative mini album to be released between Detroit representative's Black Milk and Danny Brown. The first single is called "Zap" and can be heard below, sounds dope, nice punch to the beat once it kicks in and Brown is someone I haven't heard much from but who's managed to impress me the few times I have. The album will also feature the previously released "Black & Brown" joint, the duo's original collaboration from "Album Of The Year". Check out the tracklist and then you got the song via SoundCloud below. November 1 is the date!
01. "Sound Check"
02. "Wake Up"
03. "Loosie"
04. "Zap"
05. "Jordan VIII"
06. "Dada"
07. "WTF"
08. "LOL"
09. "Dark Sunshine"
10. "Black & Brown"