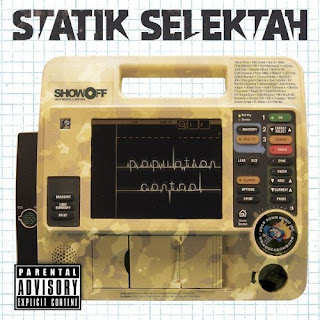 Statik Selektah joins forces with Styles P, Saigon and singer Jared Evan for the latest single from Statik's upcoming "Population Control" album that's in stores on Monday. The artist and producer seems to be working extra hard this year as he also got a full-length collabo with Action Bronson, called "Well Done", coming out on November 22 so check for that. I also added the video for the title track of "Population..." which features Sean Price and Termanology ripping shit up. Enjoy, and pre-order the album @ UGHH!
Statik Selektah - New York, New York f. Styles P, Saigon, & Jared Evan-2dope by pyrexpeas
Posted by lost.tapes.claaa7@gmail.com at 2:18 AM