Q-Tip breaks down his catalouge in VIBE 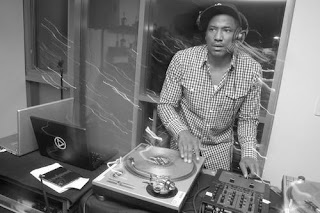 Possibly hip-hop's greatest triple threat (producer, emcee and, DJ) spoke on some of his essential albums and guest features to Vibe back in late July this year. I totally forgot to post this despite 'Tip being one of my favorite producer/MCs, but better late than never right? Because this is a great read for any fan of the man and his music. Loads of interesting trivia on here, like ODB was originally to be a part of the first incarnation of The Crooklyn Dodgers, Or Biggie wanting to record an album with 'Tip and Dilla following "Life After Death" or how Q-Tip brought the sample to his collaboration with The Roots on "Illadelph Halflife", etc. The only thing I feel a little skeptic about is Kamaal saying Dilla made about 5 tracks on "Amplified" although he's credited on 11 of 13 songs and in a previous interview with Kamaal, he revealed that Jay Dee made about 75% of those tracks while 'Tip added a snare and some minor stuff.
Either way, this is a very good read so don't sleep! And in case you missed out on my Tribe compilations before, here's a new chance - "Q-Tip Production Works Vol. 1" and "Completing The Quest". Enjoy and thanks to Step One for sharing the link.
FULL CLIP: Q-TIP @ VIBE.COM
Posted by lost.tapes.claaa7@gmail.com at 12:54 AM