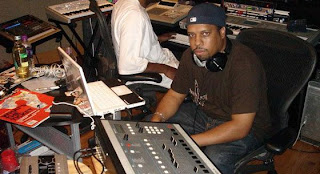 When me and Chris were picking out joints for this project, I said to him something along the lines of ”what’s up with No I.D. making all those commercial records for people like Big Sean. That’s just wack!”. His response was that the variety in Dion Ernest Wilson’s production could just as well be seen as something positive. He meant that it shows his talent for adjusting to any given style and being able to put together a fitting track for just about any artist. It made me see No I.D.’s track record in a different light and of course Chris was right. It’s not hard to name several amazing beatmakers from back in the day that went commercial and never returned to their roots, but with No I.D. you’ll get a joint with Bow Wow or Usher followed by something as raw as “Ghetto Dreams” or “Success”. That’s one of the many strengths he has to offer and something we wanted to bring to the forefront when putting together this compilation.
Born and raised in Chicago, No I.D. was first introduced to the world outside of his hometown as one half of production team 2pc DRK, alongside Twilite Tone. Using the alias of Immenslope, Wilson laced most of the songs on fellow Chi-Town artist Common Sense’s debut album “Can I Borrow A Dollar?”, released in 1992. While both artists would improve their styles immensely the coming years, the LP showcased ‘Slope’s knack for forming neck breakers drenched in jazz and soul. This style would only evolve and be refined, and by the time of Common Sense’s second LP, “Resurrection”, No I.D. had perfected his version of the boom bap. Fifteen years after its original release, “Resurrection” still holds up as one of the definite hip-hop records of the ‘90s and is a given in any serious collectors crates. To me the MC/producer duo of No I.D. and Common is one of the greatest of all time and I believe that the forthcoming “The Dreamer, The Believer” will be further proof of just that.
Most serious hip-hop heads know about the relationship between those two though. But there are so many other gems that have been dropped along the way of the long career of No I.D that should not be forgotten about. If you’re a fan of the albums mentioned above you should most definitely also pick up No’s solo album from ’97. “Accept Your Own & Be Yourself (The Black Album)” is much in the same style as well as a testament that he’s not only a beast at flipping samples and programming bangers, he’s no slouch on the mic either. If you’re a fan of Kanye West’s and Jay-Z’s later albums you damn sure better give No I.D. his props as he’s been heavily involved in those. If you don’t mind the really mainstream stuff, check out his works with Jermaine Dupri, Janet Jackson, Usher and Big Sean just to name a few. If you want to take it outside of hip-hop, he got joints for you there too. Last year he hooked up with former The Verve singer Richard Ashcroft for an unlikely collaboration in the album “United Nations of Sound”. While most people would probably dismiss one or the other, anybody who’s even remotely into hip-hop should be able to hear more than enough to find No I.D. to be one of the illest to ever do it.
For this compilation, me and Chris Moss has aimed to put a spotlight on Wilson’s entire recording career. We have tried to kept singles from the albums mentioned in this post to a minimum since we think those are essential to own. Instead we have tried to find a balance between the obscure and the well known, the old and the new, and we hope you’ll enjoy it as much as we do. Also many thanks to JNOTA for putting together the cover for us! Make sure to check out Chris's article over @ AlLindstrom where he touches on No I.D.'s recent gig as VP of A&R at Def Jam Records. 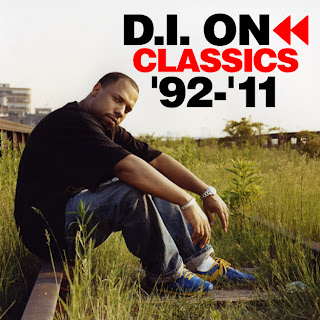 Email ThisBlogThis!Share to TwitterShare to FacebookShare to Pinterest
Labels: compilation, No ID