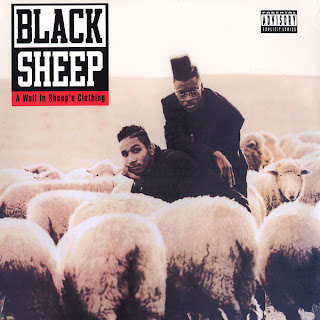 This month marks 20 years since the New York duo called Black Sheep dropped their full-length debut "A Wolf in Sheep's Clothing". A true classic that unfarily has been largely overshadowed by fellow Native Tounges' releases of the same era. Dres remains as one of the most underrated emcees of all time - sick with the wordplay, strapped with mad charisma and packing a distinct voice that captivated you from the beginning to end of this gem. Just as important to the structure was of course obscure sample diggin' producer Mista Lawnge who since has faded into obscurity. In honor of the anniversary, HipHopDX.com spoke to the groups lead rapper who gave a thorough breakdown of what went into the making of the LP. In case you missed The Lost Tapes' Black Sheep compilation a while ago, peep it here!
DRES INTERVIEW @ HIPHOPDX.COM
Posted by lost.tapes.claaa7@gmail.com at 3:46 PM