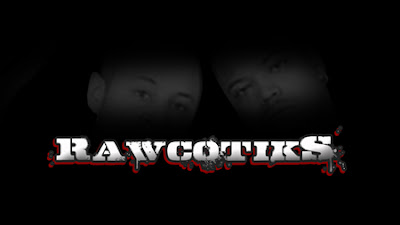 Not too much is known about the duo that goes under the name of Rawcotiks, except that they dropped a bunch of seriously dope 12":s throughout the late '90s and made guest apperances on albums by the likes of The Beatnuts and DJ Honda. The duo consisted of two Dominician-American emcees from Washington Heights, NYC. They dropped about six singles between 1996 and 2001 that are all out of print now. One can only assert what a shame it is that they never got the chance to release a full-length of their own, considereng how sick most of those releases are. Why that never materialized is beyond me, but one reason might be label problems as they pretty much jumped from label to label with every single release, and have been free agents since they last single on Fat Beats, "Introducing the Raw" in 2001. Besides their obvious rhyming skills, and love for vintage New York boom bap, the music of Rawcotiks stand out through the help of some legendary producers and guest artists.

Thanks to my main man Linkan who put me to the task of compiling their material; I have collected pretty much all of their released music for this "album" of "Hardcore Hip-Hop" The DJ Premier remix of "Hardore Hip-Hop" was the first joint I've heard from the group, and I always loved that joint so that inspired the title of the compilation. Without further due... This is the 12"s, B-sides, and guest features (on albums by The Beatnuts, Al'Tariq and DJ Honda) by The Rawcotiks. TURN IT UP!! 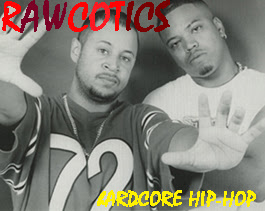 RAWCOTIKS - "HARDCORE HIP-HOP: The Album"
Posted by lost.tapes.claaa7@gmail.com at 5:26 AM