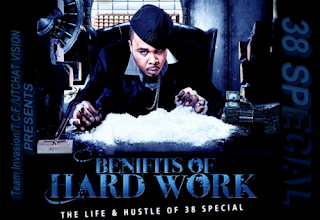 38 Special is a new artist that is signed and managed by DJ Green Lantern. They are currently working on his debut album, "Benefits of Hard Work" which should be available later this year. The LP is said to feature two tracks produced by the great DJ Premier as well as the first single which is called "Support" and laced by The Chocolate Boy Wonder. Spotted @ DJ Premier Blog.
38 SPECIAL - "SUPPORT"
Posted by lost.tapes.claaa7@gmail.com at 3:42 AM