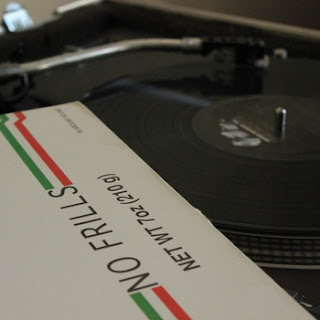 J-Live's "S.P.T.A. (Said Person Of That Ability)" was a brilliant album and if you woner why it didn't make my top ten list of the year, I can tell you that it's definitely an honorable mention and was close for inclusion together with a few other albums but 2011 was a great year for new music. After putting out dope music for more than a decade, everybody should know how serious J is on the microphone by now and just to prove the point further last year he dropped his own artist approved versions of Gang Starr's classic "D.W.Y.C.K." and Diamond D's equally incredible "Another Day in the Life". Now the time has come to one of my favorite songs of my favorite The Root's album, the epic posse cut "Clones", where he rips three of the four beats by himself using his Triple Threat style (his three different personalities that is), but since the joint actually has four tracks he invited MarkQ Spekt for a verse which sounds ill on here. These, along with the two abovementioned freestyle type tracks will appear on the emcee/producer/DJ's next mixtape "The Live Supremacy". I would like to hear him rip Gang Starr's "I'm The Man" and Large Pro's more recent "NoydDap-N-Ru Dope" in the Triple Threat style as well as fresh verses over "Shut 'Em Down" (yeah the Pete Rock remix of course) and something from "Buhhloone Mind State". Any thoughts on what you think would be cool?
Posted by lost.tapes.claaa7@gmail.com at 11:14 AM