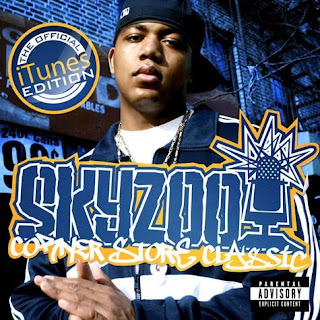 As I said before, few debuting artists of the last five years have came through with such skill and passion as BK's Skyzoo who hit the hip-hop world with a bang when he released his "Salvation" in 2009. But before that he was steadily building up a lot of hype through some great guest features and most importantly a bunch of hot mixtapes. One of the best was the critically acclaimed "Corner Store Classic" that dropped in 2007. Since I usually want full songs and can be bugged out by the DJ shouts, I love the fact that Skyzoo choosed to release a revisited version of that tape featuring 16 of the full tracks in good quality a year later. This is definitely a great tape for anyone who've missed it, full of the emcee's slick trademark flow, ill punchlines and stories weaved with clever metaphors. Production is handled by many great beatsmiths including Black Milk, M-Phazes, Needlz, Illmind and 9th Wonder. So if you have yet to hear this and liked Sky's official solo debut, make sure you check this one ut cuz you'll definitely feel it.