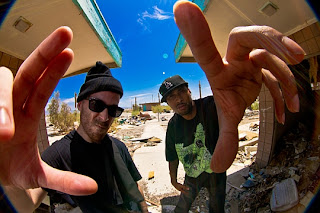 Since Gangrene just dropped their second full-length, "Vodka & Ayahuasca", (which I'm strongly recommending you to support) me and the homie Pattch82 decided to collaborate on a three series compilation to celebrate the ocassion. What we're gonna do is to kick things off with "Disrupted Productions" - a banging mix of Oh No outside productions. That will be followed by a similiar compilation showcasing some great Alchemist work and as the big bang final, we'll take things out with every non-album track ever released by Gangrene as a duo. We hope you'll enjoy this Gangrene week as much as we will!
Oh No is a producer and rapper from Oxnard, California who has released several dope albums (instrumental and vocal) through his current home, Stones Throw. Like his big brother Madlib, he got a very twisted, often psychadelic style and a love for the dusty, grimy and unexpected. Basically this fella can take any record you name and make something as amazing as original out of it. But despite solid work with legends like KRS-One, De La Soul, Mos Def, Kweli, AG, MED and many more he still doesn't get the amount of props he really deserves. That is however a fact I believe is about to change very soon, especially with all the Gangrene projects which seems to have landed him some highly regarded production work like the official Black Star reunion single. The compilation you're about to hear was sequenced and compiled by Pattch and includes plenty of material that should have you reaching for that rewind button and head nodding frantically. And just to be clear, we deliberately left off anything released by Stones Throw Records so there's no reason for this link to be taken down label heads! 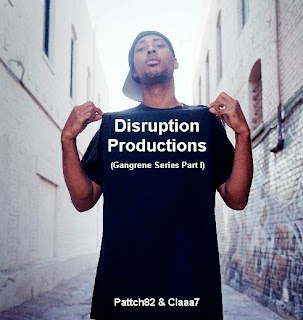 Email ThisBlogThis!Share to TwitterShare to FacebookShare to Pinterest
Labels: compilation, Gangrene, Oh No