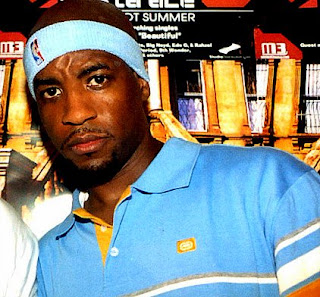 Always interesting and always underrated New York legend has had a mad interesting career. From being one of the youngest members of The veterans known as the Juice Crew that included other greats like Marley Marl, Kool G Rap & DJ Polo, MC Shan, Craig G, Tragedy and more. Since then he has dropped several classic albums and banging full-length collaborations and never slacked off on the mic. As I have reported on eaerlier, his next project is a collaboration with MF DOOM titled "MA DOOM". It will feature Ace ripping previously released "Special Herbz" beats and such but it's still 100% officially co-signed by The Illest Villians.

On his recent almost one hour loung audio interview with Brooklyn Bodega Radio. During the conversation he speaks on the recent "beef" between Marley Marl and MC Shan over two decades old songs and touches on the upcoming Juice Crew reunion tour that's about to go down in Europe. What's most interesting is that Ace also previews three songs from "MA DOOM" almost in full; the music starts shortly after the 30 minutes mark. Can't wait for this one!