Rock Mecca - "Top Of The World" 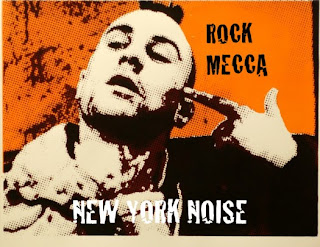 Rock Mecca is a new emcee from Queens, NY who is about to drop his debut album "Pirate Radio Star" in March of this year. "Top Of the World"´follows "New York Noise" / "Runnin' Runnin'"as the second single from the project and gives us a nice taste of what this man and his music are about. You can follow Rock Mecca and learn about his music via Bandcamp and Reverbnation.
ROCK MECCA - "TOP OF THE WORLD"
Posted by lost.tapes.claaa7@gmail.com at 4:55 AM