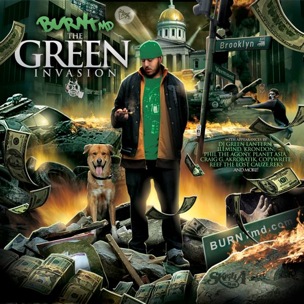 Fresh rapper BURNTmd from Vermont hooks up with Strong Arm Steady's Phil The Agony for this Madlib produced track titled "GDTMIB: The PhilMadBurnt Anthem". The main emcee is preparing a Green Lantern helmed mixtape called "The Green Invasion" that will feature this song as well as a Madlib laced joint featuring Snoop Dogg. The Vermont spitter is also getting ready to drop the teaser EP "Not So Black & White EP" so be on the lookout. Rumors say BURNTmd made some cameos on the Madlib produced "In Search Of Stoney Jackson" that didn't make the final cut so the plan now is to leak these joints for free every now and then so this is definitely goo news for all fans of the Steady crew and The Beat Konducta.
BURNTmd (feat. Phil The Agony) - "GTDMIB: PhilMadBurnt Anthem"
Posted by lost.tapes.claaa7@gmail.com at 7:12 PM