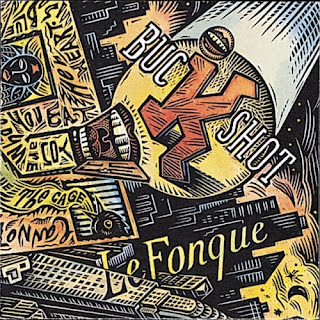 1990. Spike Lee is working on a flick about a struggling jazz band under the working title "A Love Supreme". A good film about jazz will obviously require alot of well performed music. A young rising star on the sax by the name of Branford Marsalis and his quintet gets the gig of ghost performing everything Denzel Washington and Wesley Snipes is to play in the movie. As with many other Spike Lee joints the soundtrack needs something hard hitting for a single that will grab the young, urban community. Having heard "Jazz Music" from up-and-coming rap group Gang Starr, Lee asks the duo to record something for the movie which has now been given the final title "Mo' Betta Blues". Together with Branford Marsalis, the duo creates several versions of a song they call "Jazz Thing", a beautiful fusion of jazz and hip-hop music with GURU kicking fluid verses celebrating the jazz greats of the past while Premier's trademark sample chops and turntablism helps create the perfect blend of the two musical styles. What really separates it from the previous "Jazz Thing" is the involvement of Marsalis, whose blazing work on the sax gives the song a sense of rawness that gives the song a unique sound created from the meeting beteween samples and live instrumentation. 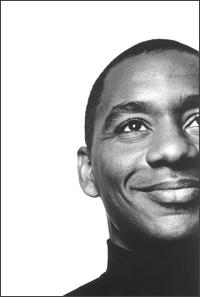 "Jazz Thing" has been cemented as one of the greatest in the vast catalouge of Gang Starr, and stands as a prime example of jazz meeting hip-hop on a succesful level. Maybe more important, however, is that the scenario above opened the door for further collaborations between the involved and sparked one of the most interesting genre bending working relationships of the early '90s. Considering how incredible that first single came together, a full album between these masterminds of their respective fields was invatible and in 1993 the plan was clearly set in rolling. "Marsalis next album might be made in collaboration with DJ Premier, Guru's partner in Gang Starr", read the linear notes to the emcees classic "Jazzmatazz" album. The result was made available to the record buying public about a year later and holds up as one of the most creative bridgings of musical styles that the music industry has released since some of the more progressive music of the 1970s.
To call "Buckshot LeFonque" a hybrid between jazz and hip-hop is to make it way to easy for one self. The styles are definitely the two most prominent heard here, but there's also bits and pieces of reagge, blues, rock, salsa, soul and whatnot to be found in what sounds like the melting pot of a mad man's record collection. DJ Premier's involvement had been slightly reduced by the time the project was completed but in the end he still had produced the majority of the LP and it's clear to this listener that the best music on this disc was a direct result of Preem's and Marsalis' minds working together. The most straight-forward jazz number of these collabos is the opening track, "The Blackwidow Blues", which features an impeccable lesson in horn-playing as Marsalis' soprano is heard alongside Matt Finder's trombone and the simply mindblowing trumpet blowing of Roy Hargrove. One can hear strong influences from the Blue Note catalouge and a number of vintage hard-bop classics from the '60s. Things get alot more hip-hop oriented on Side B's intro "Some Shit @ 78 BPM (The Scratch Opera)" where Premier makes name for the DJ in his name with fiery vocal scratches over a bass heavy beat that inspires Marsalis to play a burning solo on the soprano. 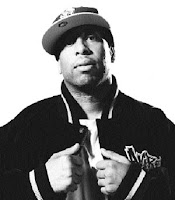 Elsewhere we find classic material like the single "Breakfast at Denny's" which appears in two versions, both equally essential if you ask me. The first is the original instrumental take where Preemo hooks up one of his trademark productions by chopping up a sample of James Brown's "Get Up Offa That Thing ". Marsalis' is unbelivably ill on this version as he takes center stage, blowing the horn with all his force in a way of playing that moves the thoughts to Coltrane and the free jazz movement of the late '60s. The vocal version that closes the LP features an equally impressive performance by Uptown, the emcee behind "Dope On Plastic" - one of my early rap favorites. If you have yet to hear this album be prepared for a musical journey above the ordinary. Overall you could say that "Buckshot LeFonque" plays out more like an all-stars project than a pure meeting of two musical minds but who cares as long as it is this dope?! If you're a fan of jazz and hip-hop and enjoys alot of other styles I'd find it hard to see how you would dislike this. The upload below is not the full album but rather my own playlist of all the DJ Premier/Branford Marsalis productions from it with the addition of the extended instrumental version of "Jazz Thing" (which has very little to do with the vocal version) which I've noticed mash really well with the sound of the rest of the songs. If you like what you hear please support good music and purchase it @ Amazon. Enjoy!

Posted by lost.tapes.claaa7@gmail.com at 1:05 PM