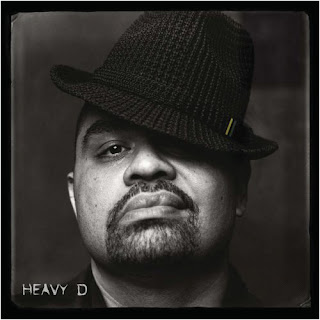 Rolling Stone Magazine has today reported the sad news that Dwight Arrington Myers, better known in the music world as Heavy D, has passed away at only 44 years old. Being active in the industry since 1987, Heavy D has released several albums as a solo artist and with his original crew Heavy D & The Boyz and succesfully dipped into genres including New Jack swing, hip-hop, R&B and ragga fusion. Besides a rapping career he also produced several R&B and soul tracks and most notably created the song "Guns & Roses" for Jay-Z and Lenny Kravitz in 2002.

I'm not gonna front and say that I've been heavily into his music since day #1 but he's obviously a legend in the game and has released several songs that I always liked alot. In memory of the man and his music, I have put together a little compilation with some of my favorite tracks by or featuring Heavy D. These mainly includes the work he did with producers like DJ Premier, The Ummah, Marley Marl and his younger cousin Pete Rock who he first introduced to the game and who made his debut with Heavy D. & The Boyz back in the late '80s. EDIT: Pete Rock expressed some thoughts on his cousin's passing while also mentioning how they recorded a track together very recently. Thx to HipHopDX for the write-up, you can listen here.

“A couple of SKYY vodkas last night, just trying to fathom the thought of all of this. It’s very hurtful. This man, he gave me everything, you know? It’s unbelievable. I didn’t expect this to happen so fast. I was just with him, two weeks ago at his house. I spent the night. He didn’t even want me to leave, he didn’t want me to go. I laughed at him, it was crazy.

We did something. I finished something with him like two weeks ago, finished. When people call you that don’t call you and then your phone is just blowing up with those kind of calls, my stomach got kind of weak. DJ Scratch called me first because that’s my homie, and he let me know. I felt like he was my guider, the person who put me in place. He was my number one believer.” 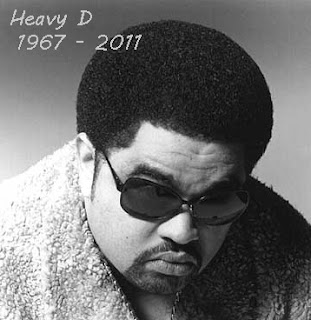