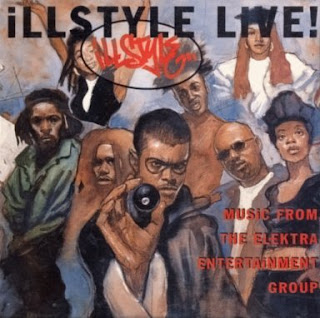 In the early to mid-'90s, Dante Ross worked as an A&R at Elektra Records and was respoinsble for bringing acts like Brand Nubian, Grand Puba, KMD, Leaders Of The New School, Uptown, Del Tha Funkee Hompsapien to the label . That Elektra became one of the finest rap labels around '92-'95 had a lot to with Ross, a man who understood the mechanics of being an A&R at a big label as well as being a solid rap producer in his own right. As part of The Stimulate Dumies (or The SD50's as they were sometimes credited as) he produced classics for Grand Puba, Del, unbelivably sick "Dope on Plastic" by Uptown, Leaders Of The New School, Brand Nubian, KMD and many others. But his biggest contribution to rap music was being an A&R for Elektra Records' hip-hop section. Putting quality over top sellers he signed timeless acts including Pete Rock & CL Smooth, InI/Deda, Ol' Dirty Bastard, Grand Puba/Brand Nubian, Red Fox and Del Tha Funkee Homosapien. During this period the label released several classic and banging records but things was about to change around early 1996. Ross lost his position to, when it comes to rap music, the clueless Sylvia Rhone who infamously gave Pete Rock to create "something more along the lines of what Puffy is doing" when discussing the InI album.
One of Ross' final gigs for the label was to host a live evening of underground hip-hop showcasing the music of Elekta and East Weast Records. The event were called "Ill Style Live" and took place at and were recorded in Clinton Studios, NY. It worked both as a dope evening with lots of good music as well as a forum to introduce new members to the hip-hop community. The music on the album was engineered by longtime BDP engineer D-Square (Dwayne Sumal) and honorary BDP member Rebekah Foster (who both appeared on the unreleased Deda album in 1995). So you can count on the sound quality being very good and as if that wasn't enough, the man handling the 1's and 2's for the entire session is none other than Pete Rock himself! The vinyl copy has been in some circulation but the promo CD and promo LP. An internet search will find the vinyl rip but a couple of years ago dirt_dog of the banging T.R.O.Y. Blog managed to get his hands on the CD copy of the album and hooked us up so huge thanks to him for blessing us!
Mr. Rock does a greab job seting the stage for the ten artists participating in the event and there's plenty of highlights here. After performances by Daddy D and Omniscense things take a turn for the better with impeccable performances by the always reilable Juggaknots, an artist named Lin Que and the one and only Agallah (p.k.a. 8-Off). One of the most interesting parts of the entire LP if you ask me is the inclusion of a track by Rock's current flagship artist, Deda Baby Pa. His single "Blah Uno" from the album "Everyman For Himself", who you're possibly aware of got shelved once Rhone took over the musical directions for the label. The album is clearly a shelved classic that sounds more than fantastic in this live setting. In fact, most of the songs includes some info aobut them and is given a release date and in some cases even a catalouge number, which is proof that most of the tracks on this comp was intened for a release in a near future. Unfortunatly, the majority of the songs was almost immediatly shelved. My three pesonal favorite tracks from the album are the abovementioned "Blah Uno", Das EFX's masterpiece "Real Hip-Hop" and last but not least Ol' Dirty Bastard's absolutely hilarious 22 minute long Ol' Dirty bastard session where he rips tracks like "Shimmy Shimmy Ya", "Brooklyn Zoo" and a vintage Dirty freestyle. What makes it extra special is all the drunk ramblings on ODB's part; if not for anything else, at least download the mixtape just for this. Press play and hear The Soul Brother do his thing together with the Elektra roster. Link via dirt_dog @ The T.R.O.Y. Blog. Rugged & RAW!