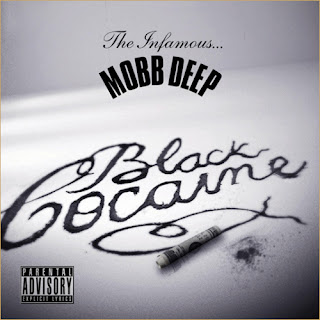 The Infamous returns with the second leak (following "Dead Man's Shoes" w. Bounty Killer) from their upcoming "Black Cocaine" EP which will be available as a digital download on November 21. The record will feature five brand new songs all recorded after P's release from prison earlier this year. It would be ill if they would hook up with Fat Beats or something, add "Dog Shit" and "Love Y'all More" to the tracklist and press up a limited run of 12" records. I doubt it though, but if Prodigy's work ethic is anything like it was right before he went away then a new Mobb Deep album should drop very soon after this EP. The song is produced by Havoc.
MOBB DEEP - "CONQUER"
Posted by lost.tapes.claaa7@gmail.com at 1:43 AM