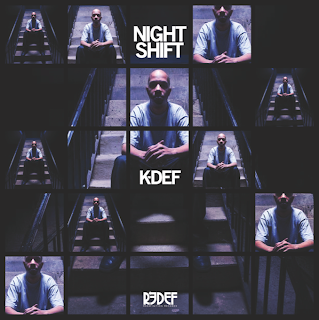 Lost Tapes favorite K-DEF continues his hard work and has recently finished his next project for Redef Records. The "Night Shift" EP will be available in December on wax, CD, digital and even cassette and you can bet on me picking this one up! The release will feature several instrumentals as well as two vocal tracks featuring Rob-O (of InI fame) and Raw Poetic. Recently the label released the promotional vinyl flexi-disc featuring a crazy instrumental joint called "Supa Heath" and now here's the album version of the same track. Either of the two versions utilizes no samples whatsoever as the "Smilin' Billy Suite" theme was totally replayed and programmed by K-Def. That should tell you something about the level this legendary producer work at!
K-Def - Supa Heath (LP Version) by Redefinition Records
Posted by lost.tapes.claaa7@gmail.com at 3:30 AM