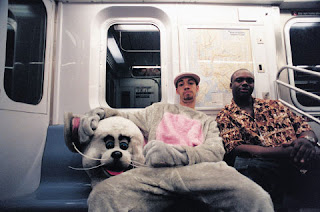 Brian Burton, better known as Danger Mouse, first became known to the world as the genius behind the impeccable Beatles/Jay-Z mash-up "The Grey Album" in late 2004. With that official bootleg, DM proved to any naysayers that creative sample-based hip-hop production should definitely be considered an artform. But even pror to that the UK born musician had recorded a full album with Brooklyn rapper Jemini The Gifted One who some might remember from his classic 1995 EP "Scars & Pain". Although having clearly diferent styles, the duo's love of hip-hop is what brought them together. DM & Jemini got signed to Lex Records around 2002 and the following year they released their criminally slept-on debut album, "Ghetto Pop Life" featuring the likes of Alkaholiks, Xzibit, Prince Po, J-Zone and Sadat X.


If you remember HipHopConnection (really the last hip-hop mag worth reading if you ask me), they ocassionally gave away promo CD's in slipcases with some issues. In early 2003 they gave away a bonus CD in collaboration with Lex Records in anticipation of DM & Jemini's album called "The Ghetto Pop Mix". The mixtape featured some choice cuts from the upcoming album, rare freestyles plus some early Danger Mouse remixes. After popular demand Lex and Danger Mouse released an expanded but very limited edition of the mix. It's all one long track but it features 17 songs all masterfully mixed by Burton himself. Stream or download below and enjoy 35 minutes of obscure record sampling, neck breaking drums and lyrical hip-hop. 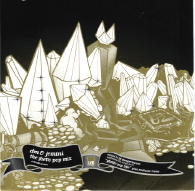 Ghetto Pop Mix (extended version) by LexRecords
Posted by lost.tapes.claaa7@gmail.com at 4:36 AM