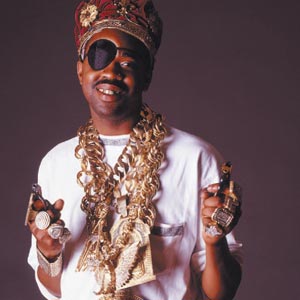 Man, Prince Paul setting up a SoundCloud Page to drop off unreleased cuts, rough demo versions and alternative takes has to be one of the illest happenings of the year. I've been trying to get my hands on this original P.P. mix of what would turn out to be the title track to Slick Rick's '94 "Behind Bars" LP. Def Jam got rid off the original version in favor of a Warren G remix and an Epitome Of Scratch version while this mix remained unreleased until this very day! Here's what the legendary producer said of its making:
"This was the original version of " Behind bars " I recorded for Slick Rick during his incarceration in the early 90's . The song didn't come out until 94 but to my surprise was remixed by Warren G and Def Jam scrapped my mix . Though Im still considered a writer of the song I was really hoping to have this heard ( well in 92 when we recorded it that is ) . Though it sounds pretty dated its still one of my favorites and I had the pleasure of working with a Genius Slick Rick . Enjoy the Prince Paul unreleased series .. share music !"