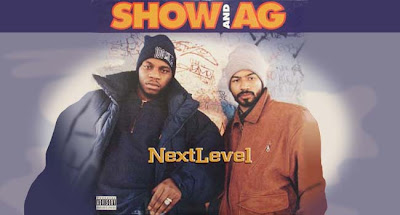 EDIT - SINCE THE LINK FOR THIS COMPILATION HAS EXPIRED, INSTEAD OF DOING A SIMPLE RE-UP I DECIDED TO TOTALLY REVAMP IT, ADDING MORE TRACKS AND PERFECTING MY SHOW & A COMPILATION... "TIME FOR... REDUX" IF YOU WILL.

The legenary Bronx duo is two of the most, if not the most underated hip-hop artists that both managed to create a few hits while still maintain a larger and lasting underground following. Everything they dropped have been well worth owning for any serious rap music collector. From "Runaway Slave" to "Goodfellas", "Full Scale" and the more recent "Live Hard" the talent showcased in Showbiz's jazzy, neck breaking production and the realism and heart displayed in AG's lyrical fire has always set the two D.I.T.C. founders apart from the rest.

Since 2007, it's been quite quiet from these veterans but word is that they are back in D&D recording "Mugshot Music" with DJ Premier acting as the executive producer. The three singles that been released from the project so far maintains that Show & A hasn't lost a step and I for one can't wait to hear the album in full. With this in mind, I wanted to pay homage to one of my absolute favorite MC/producer consteallation (only possibly rivaled by Gang Star). Show can make quality out of any type of beat, sample or no-sample, but no matter what there's alwas a hardcore element in his music. As for Andre The Giant, he's always been one of the most underrated rhymers in my book; everything from his voice, distinct flow and calm but deadly delivery all just falls in to place but maybe his biggest strength is that he rhymes with more heart than 99% of hip-hop artists out there. When these two come together, you shouldn't expect anything less than the best.

I have of course collected the entire Show & A discography and I consider all their albums and EP's to be at the very least 4/5 material and worth listening to from front to back. For dark beats, ill cuts, jazzy samples (more prominent on the first album) they have their roots in jazz, fusion and funk and always supplied with some real head nodding drums and dark soundscapes. The thirteen tracks on this mix spans from 1992 and the classic The Legion/Show & A posse cut to a lot of joints that were cut from the "Goodfellas" LP in 1995 and some other later gooddies with Ghetto Dwellas / Show & A from around 2001. Banging listen for sure and one that will hopefully hold us over until "Mugshot Music" hit stores. You know the deal, ENJOY and TURN IT UP!!! 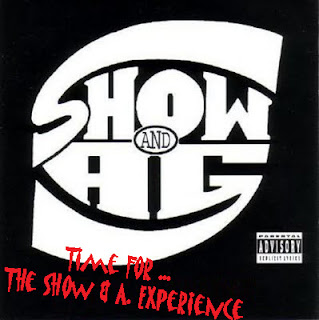