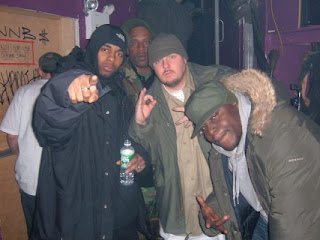 A few days ago Heaven Razah broke the news on Twitter that he and Killah Priest were forming a new duo called Thug Vaticans. Both of these guys were of course members of Sunz Of Man and later Black Market Militia and The Maccabeez so they got a lot of history that has cemented their chemistry. The first single from the duo just dropped and is called "New Millenium Child" from the forthcoming LP "The Lamb's Supper". Thx to Justin Ivey and Kevin Nottingham.com.
THUG VATICANS - "NEW MILLENIUM CHILD"
Posted by lost.tapes.claaa7@gmail.com at 11:40 PM