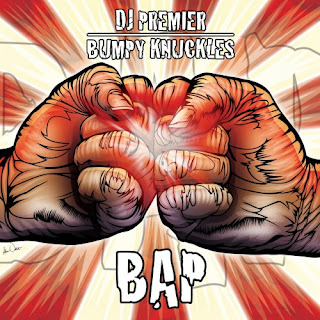 Another sure shot killer track by Freddie Foxxx with DJ Premier behind the boards; a combination that has yet to strike wrong. "OwNiT" was previously played on LiveFromHQ but here's the final dirty version which will appear as the B-side to the "B.A.P." single which hopefuly will be out on wax soon. If everything goes according to plans (which it rarely does though), the full-length album between Bumpy and Premier will be available in March next year and is called "The Kolexion". Thx to Chris MoSS for the link. If you want to show your support head over to Amazon to purchase the digital single (including instrumentals and edited versions).
BUMPY KNUCKLES - "OWNIT"
Posted by lost.tapes.claaa7@gmail.com at 5:36 AM