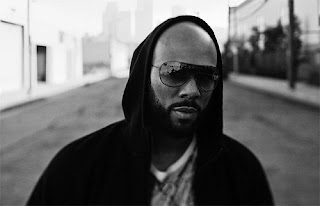 Chicago's finest dropped a late addition for "best albums of the year" yesterday when his "The Dreamer/The Believer" hit stores. The first single, and one of my favorite joints, from the fully No I.D. produced album was the Nas collabo titled "Ghetto Dreams".Common however now lets loose of the original version of the track where we, instead of Nasir's blessing, gets three slick verses by our main emcee. One cool thing is that it's released in CDQ and with no tags, so for those of y'all who might want to hear "The Dreamer..." without any guest verses this alternative take could easily replace the album version on your iPod.
I had to revisit this post since it now turns out that not only "Ghetto Dreams" are the only demo version the artists are letting loose of today. An early version of the closing track, the beautiful John Legend featuring "The Believer" has also been made available for our listening pleasure. Still produced by No I.D. but alot different, alot harder and alot less singing. Comparisions have been made to early RZA bangers but is it better than the album version? You be the judge... 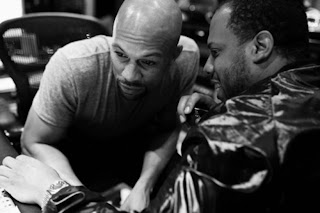 The third new Common joint of the day is a guest apperance on long-time friend and colleauge, Derrick Hodge, a Philadelphia based bassist and artist. The song is called "We Live Today" and comes from Hodge's debut album "Live Today" that should be out any day now. For those of you who don't know Hodge's work, he's been around on the soul, azz and hip-hop scene for several years now making stand-out contributions to records by Anthony Hamilton, Larry Gold, Q-Tip, Bilal, Maxwell, Robert Glasper and of course Common on records like "Be" and "Finding Forever". Their new collaboration is called "We Live Today". Both links spotted @ FSD so peace to them!
Posted by lost.tapes.claaa7@gmail.com at 12:53 AM