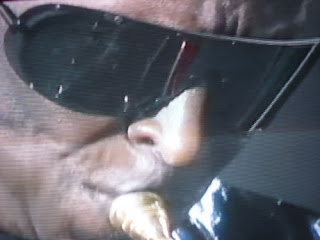 Miles Dewey Davis (1926-1991) was and still is one of the most important figures of American music. He was all about pushing musical boundaries throughouthis his entire career and to this day his influences can be heard in not only modern jazz but in everything from hip-hop productions to rock music and drum n bass. Davis was always at the forefront of every major progressive jazz style since he first broke through under Charlie Parker as one of the key players of the Be Bop movement in the early '40s. Soon after Miles was the leader of the band that's credited for inventing the Cool Jazz style, was one of the definite innovators (and arguably the master) of Hard Bop to heading the jazz-fusion movement with his increasingly psychadelic/surrealistic jazz-rock that still stands as innovative today. As a true artist should, the  influential trumpeter and bandleader were never able to musically stand still and looking back at past accomplishments didn't interest him. In that sense he was always looking to push jazz and American music as a whole forward and that's exactly what he did through the majority of his 60+ full-length LPs. 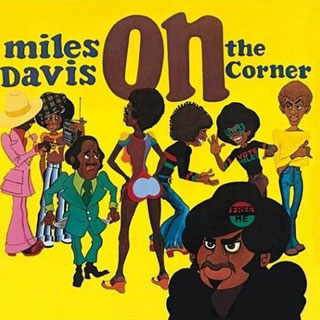 So, why are you reading about this great trumpeter and bandleader on The Lost Tapes you might wonder. Although he is one of my absolute favorite  artists all categories but this is still a hip-hop blog. Well, Miles was arguably one of the pioneering forefatherss of hip-hop and he was without a doubt one of the first jazz artists to fully embrace hip-hop aesthetics to his music. These accomplishments mainly boil down to two specific  LP:s of his career which I will here discuss further. Already back in 1972, Davis was looking to create something that would resonate with the young black kids on the corner who's big thing for the day was hard funk music like James Brown, George Clinton and Sly Stone. The resulting album was the aptly titled "On the Corner" which has influenced generations to come and still to do as it was something truly groundbreaking. The music on the disc was all about the groove; hard repetitive breakbeats with loads of percussion and screaming horns that pointed towards the hard instrumental hip-hop beats of the future and is arguably the first Drum N Bass record ever created... and for those of you who don't know, D&B is bascially ultra-fast hip-hop beats! "On The Corner" were a severely misunderstood piece when it was first released but has over time become recognized as the groundbreaking and influential masterpiece it really is.

Further albums like "Agharta", "In Concert", "Pangaea" and "Dark Magus" took an even harder approach. In fact Q Magazine ranked the latter in their list of the 50 heaviest albums of all time which speaks volumes on where the man behind "Kind Of Blue" was at in the late '70s. The music on these four live double albums were dark, experimental and groove based and holds up as mindblowing masterpiece to this day. After these mentioend releases, and the fantastic studio album  "Get Up With", the trumpeter withdraw from the music scene for several years, mostly staying inside his house in a drug infused state of paranoia only to make a rather sub par comeback in 1981 with The Man With the Horn".
Similiar to his experiments in the mid-'70s, the late '80s saw him becoming more and more intrigued by the expanding hip-hop movement that was now the new big thing on the streets. With Davis' love for African music and heavy rhythm there was only a question of time before he had to fully embrace this new black movement. Between 1988 and '89 his friend Quincy Jones put together an album titled  "Back On The Block" which gave the opportunity for Miles to work with Big Daddy Kane and Kool Moe Dee on the song "Jazz Corners Of The World". This was only a small taste of what was to come though. The great musician passed away in late 1991 but before that he recorded one last project which happened to be a full-length collaboration with up-and-coming hip-hop producer Easy Mo Bee. One story goes that Davis was sitting in his apartment with the windows open, hearing the sounds of rap music blasting on the streets below his home and he instinctively know that it was the direction he wanted to take for his next project. When calling up his friend Russel Simmons  and requesting him to hook Davis up with some young musicians able to create that sound he was introduced to Easy Mo Bee whom he instantly foun a connection with. Another story goes that Miles had heard Mo Bee's work on The Genius' "The Words From the Genius" and was so impressed that he had to work with him.
Whatever the circumstanses leading up to this collaboration was, the resulting music was incredible and released in early 1992 as "Doo Bop". The LP was made up of typical early '90s hip-hop beats based around chopped up samples and heavy on bass and rhythm allowing Miles to absolutely blow his ass off and proving to any naysayer that he was still just as fierce on the trumpet as ever. Besides Mo Bee and Davis, about half of the tracks also features uncredited live keyboards by Deron Johnson and three of the eight songs had Easy Mo Bee and his original crew Rappin' is Fundamental spitting a few verses. This was the only real flaw of the LP if you ask me; not that it's not a good idea to put emcee tracks on there but the producer and his friends J.R. and AB-Soul are just not good or entertaining rappers and each of those three songs had been a lot more interesting as instrumentals (compare the title track's instrumental in the link below to the one you can hear in the video to get my point).

The fourty minutes LP features 8 songs and a reprise of the slick opening joint; six of which Davis worked on in the studio with the young producer and two additional tracks that Easy Mo Bee composed  around previously unreleased trumpet solos following Miles passing. Even those two remixes are very much in the same key as the other music and I would imagine Davis would've been very pleased with them both. "Doo Bop" won the award for Best R&B Instrumental Album at the 1993 Grammy awards and sold close to gold (it was around 300,000 copies a year after its original release but it could very well be a lot higher now). If you're into '90s hip-hop and not-so-traditional jazz this is defnitely an album for you and I also believe that it would be a good starting point for hip-hop fans that want to get a glimpse into the music of one of the greatest artists of our time. "Doo Bop" is still available in stores but I will make an exception from my usual standard so I uploaded it for you below. But if you like what you hear then please support it @ (for example) Amazon.com. Enjoy! 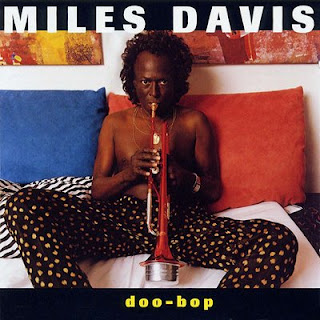