KRS-One - "We Must Become One" 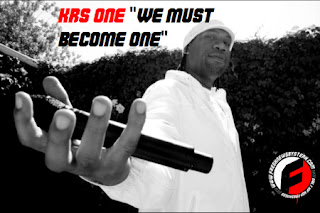 KRS-One is preparing to release his next album sometime in the first quarter of 2012, and like the previous single it's going to be called "Just Like That". The second leak is another strike from The Teacha for positivity in the hip-hop community, "We Must Become One". Some sources indicates that both tracks we've heard so far are produced by Mad Lion. It would be pretty cool if he ends up lacing the whole joint on some flip-the-script shit considering Kris 1 was behind the production on his debut LP, "Real Thing".
KRS-ONE - "WE MUST BECOME ONE"
Posted by lost.tapes.claaa7@gmail.com at 11:52 AM

Email ThisBlogThis!Share to TwitterShare to FacebookShare to Pinterest
Labels: KRS-One