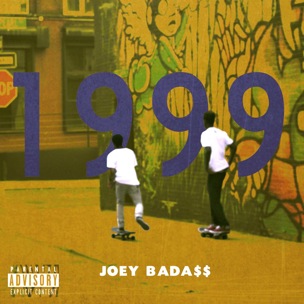 Brooklyn representative Joey Bada$$ is only seventeen years old, but is most def a promising cat whose love for the golden era hip-hop shine through. His debut mixtape is titled "1999" and features, amongst other styles, mellow, jazz-infected sample based music, full of heavy basslines and Fender Rhodes melodies. The latest single from the young emcee is produced by none other than Lord Finesse, and is titled "Funky Ho's". Check the single out below, and grab the full mixtape via DatPiff , which also features Joey going in over beats by Statik Selektah, MF DOOM, Lewis Parker and some classic Dilla. Don't sleep!