[Album] GHETTOSOCKS - "For You Pretty Things" 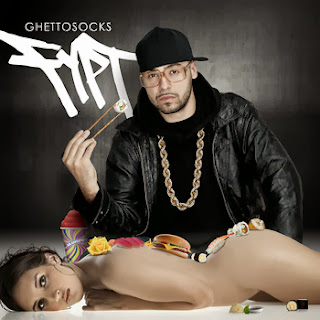 I first toook notice of Ghettosocks as a guest spitter on "Rhyme 4 Rhyme"; a standout from the immaculate Soundsci debut "Formula 99" last year. Now the Canada representative is going for dolo with an album entitled "For You Pretty Things" which sees the emcee weavinging both hilarious and serous, introspective lyrics over laid-back samples that never loses touch of the raw hip-hop of his predecessors -it moves along slow, but the beats are thumping, the beats are layered, there's plenty of turntable work. Even emcees like El Da Sensei, Sadat X and Moka Only turn up for a verse each. Go ahead and at least give it a spin!

Posted by lost.tapes.claaa7@gmail.com at 7:45 PM