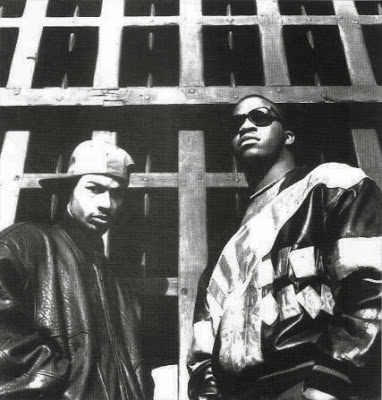 Readers of The Lost Tapes know by now the high regard I hold Showbiz & AG in. Discussions on the best duo constellation of emcee and producer/DJ all to often leave out the Bronx bombers in favor of Pete Rock & CL Smooth and DJ Premier & GURU (may you rest in peace brother). However, I want to make the case that Showbiz & Andre should always be mentioned in the same breath as they not only are in the absolute top of their respective works but their chemistry is certainly something out of the ordinary. Since their loud, rumbling breakthrough with the one-two punch that was the "Soul Clap" EP and the full-length "Runaway Slave", the duo not only delivered one of the ten best albums ever released, but made it damn clear that they were here to stay. And so they have done, with a quality over quantity approach that has gained them an extremely loyal fan base that borders on a cult followinng. Although they have sometimes changed their sound in trying out new styles, the Show & A experiene have always benn able to guarantee material of the highest quality - save for a couple of experimental 12" singles and loose songs completely missing the mark (e.g. "Oops", "Be With"). 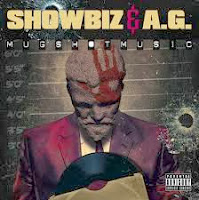 After a 10 year hiatus from recording under their group name, they released the best record of 2008 with the criminally slept on "Live Hard" EP. In the same vein they made up for lost time last year when they released no less than three full-length projects ("Preloaded", "Preloaded: The Remixes" and "Mugshout Music") and an instrumental LP ("Still Diggin' Vol. 1"). With their latest album "Mugshot Music" they had once again slightly modified their music which might've come of as off-putting at first, as unknown soul crooners Frank Nortey and Jefferey Nortey handling hooks on a large amount of the tracks, but the Show & AG/DITC essence was always present and after several rounds on the turntable I really came to dig what they were doing there. The best music is often the one that need some time to sink in to fully appreciate it, and personally I can't wait to see where Showbiz & AG invites us next.

This leads me to today's compilation. Some two years ago I put together a compilation called "Time... For The Show & A Experience" featuring non-album material from Showbiz & AG. Like many of my past compilations, the link has unfortunately expired and upon a request for upload I decided not only to re-up this particular collection but totally remake and expand it. As I already established with the first paragraphs these two together is something I simply can't get enough, and luckily there's a whole horde of loose material I could use. All in all I have included no less than 19 tracks, with a running time of almost 75 minutes, and represent two decades of Show & A as I included songs recorded between 1993 and 2013. None of the tracks have been released on any album, official EP or mixtape by the duo, but are rather lifted from exclusive 12" singles ("Get Dirty Remix", "God Made Dirt", "Get It Dusty", "Hold It Down"), outtakes from the "Goodfellas" abum (Show's "Time For...", Buckwild's "You Know Now", "Under Pressure", "Stand Strong", "Ain't No Fun"), guest spots ("Who's It On Pt. 1", "E.F.F.E.C.T.", "Daily 1,2"), "Live Hard" outtakes ("Chain Of Events", "About This Flow"), "Mugshot Music" sessions ("Jumpin' Off The Roof", "Can't Wait", "Watch Wahat We Do"), and the rare "We All" that was played once in 2010 by DJ Premier on LiveFromHQ as the first single from Show's upcoming solo. I often like to close my compilations on a somber note, and since I've always been particular weak for the Showbiz reunion "The Struggle" on AG's underrated "Get Dirty Radio" it was a done deal! Together this collection of music gives great insight of the evolution of these two D.I.T.C. alumns, as well as providing myself and listeners with a deliciously banging companion piece to one of the finest discographies in hip-hop. All main lyrics written and performed by AG, with a gang of guest apperances from Ghetto Dwellas (Party Arty & D-Flow); all beats by Showbiz (except for "E.F.F.E.C.T." produced by Misa Lawgne;, "You Know Now" remixed by Buckwild,, "About This Flow" produced by Lord Finesse and "Whatch What We Do" credited to Gem Cratest). So there you have it... DITC.... TURN IT UP!!!!! 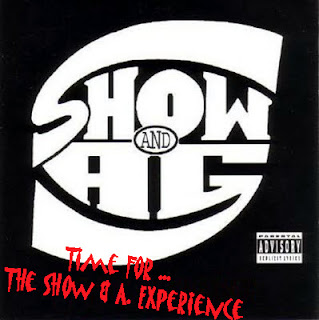