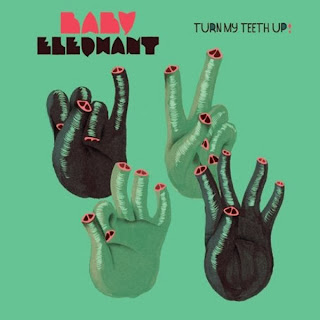 Perhaps one of super producer Prince Paul's most overlooked albums has to be his collaboration with legendary Parliament/Talking Heads keyboardist Bernie Worrell and longtime Paul associate Don Newkirk "Turn My Teeth Up" as Baby Elephant. Released in late 2007, the project was one of  Paul's most eclectic releases yet, featuring a wide array of different styles with funk, soul and hip-hop at the forefront. "Plainfield" was a dfeinite stand-out on the album, featuring Worrell's and Newkirk's going head-to-head behind their respective keyboards while Paul's immaculate skills as a composer/producer (even incorporating a few low-key samples in the mix), and a welcome guest verse from Shock G.

Now Prince Paul continues his lost, unreleased gems series via his Bandcamp after a several months hiatus with the original demo version of just "Plainfield". The basic rough draft of what the track eventually turned out to be is all there but some minor alternative tweaks, a new Rhodes bridge, and most importantly the lack of Shock G's verse - and as much as I like Shock G, I think this might be even better as an instrumental piece. Here's what Paul has to say about the album and the song:

"This is a song from the album Turn My Teeth Up from the very s hort lived band Baby Elephant. Prince Paul, [Don] Newkirk and funk legend Bernie Worell of Parliament-Funkadelic. Unfortunately, we never got a chance to launch this album or the band properly, but the album is definitely a lost gem. I really love how Bernie plays and it was an honor to produce someone I admired almost all of my life" - Prince Paul

Posted by lost.tapes.claaa7@gmail.com at 6:00 AM