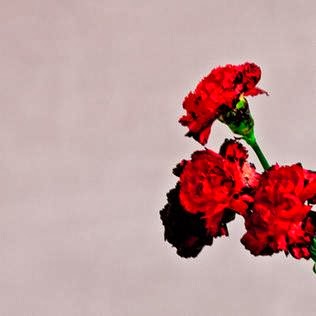 A long with a very few soul/R&B artists of the day, such as Anthony Hamilton, D'Angelo, Tre Williams, John Legend has always paid respect to his musical roots, unlike the plastic R&B artists that dominates the watered downn cash-hungry industry of the day. In late August, Legend followed up his critically aclaimmed collaboration of classic '70s soul cover songs with The Roots ("Wake Up!") with his new LP "Love in the Future". Unlike its predecessesor the new album contained nothng but new material from the singer/songwriter/pianist, was executive produced by KanYe West (who also provides co-production, additional or main production on 12 of its songs), with production by Q-Tip and Ali Shaheed Muhammad, respecitvely (!), Twilite Tone (a.k.a. Y-Not of early Common Sense fame), two joints by Bink!, 88 Keys and more.

I actually just found out about this album yesterday, as it ompletely flew under my radar and while I havem't found the time to give it a front-to-back listen yet, you know I had to bang the respective Tribe productions which turned out to be very welcome treats. While 90% of the LP's songs features at the minimum 3-4 producers (like any KanYe helmed album of the day), the Q-Tip track utilizes a beautiful sampling style and is credited as the sole producer for what is entitled "Tomorrow". It's of course a soul track but it features plenty of Kamaal's abstract production trademarks - several layers of music, together creating an extremely beautiful, driving backdop for Legend. To my ears it sounds like a well-orchestrated production fusion of samples and live instrumentation. A beautiful rhythm, a nice synth bridge, a drivimg basslime that does a amazing job , not to mention the beautiful sampled vocal itro and accompanying strings.

As mentioned above, The Abstract isn't the only original ATCQ member to pop up on this release, but so does producer Ali Shaheed Muhammad on another sweet moving soul banger called  "Wanna Be Loved". Produced in conjunction with Doc McKinney, you can find trademarks from many of Ali's earlier soul productions like those heard on the "Lucy Pearl" album (1999), just to name one project. John's vocals are constantly in the forefront, but the background music is just as layered as 'Tip's contribution, tight drum and bass combination, nice strings, and several additional instruments that you best experience in full through headpohones. You'll find the download for both songs below so make sure to check them out... Whether you're a big soul fan, this is amust hear. It hasn't been releaased as a single, but this one's on the house my droogs! And be sure to support John Legend @ Amazon or your retailer of choice!
*JOHN LEGEND - "TOMORROW" [prod. Q-TIP]
*JOHN LEGEND - "WANNA BE LOVED"
[prod.ALI SHAHHED MUHAMMAD & Doc McKinney]"
Posted by lost.tapes.claaa7@gmail.com at 10:58 AM