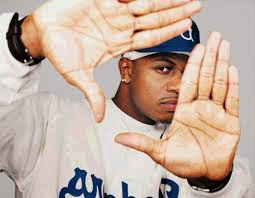 Considering that Anthony Cruz enterted the game with one of the most memorable verses of all time, as the sole guest artist on one of the top albums hip hip has ever released back in 1994, and continued hus career with an album almost every year, never losing his unique lyrical bravado, it's high time that we at the Lost Tapes brings forward an AZ compilation worthy of its name. I've been woking on picking out the songs, sequencing it and making sure it's a thorough reppresentation of A's work from his beginnings until tody. The idea was born when me and my homie Big Rob bought tickes to a Copenhagen Concert featuring Kool G Rp AZ, and DJ Doo Wop - a definite must go in other Words. Unfortunately, G Rap couldn't get a passport to enter the country, and for a time it seemed that the entire thing had been bown off. Luckily, AZ and Doo Wop eventually turned up for a 60 minutes set, wnich saw A running thtough both a new song from "Doe Or Die II" (whcih sounded absolutey marvelllous) and a vast Array of his crowd-pleasing classics. Material included amongst many others "Mo Money, Mo Murder", "Sugar Hill", "Rather Unique", The Format". "The Come Up" and so forth.. The thing is that the Concert really breathed new Life in my interest in AZ¨s Music, and since then albums like "A.W.O.L.", "The Format", "´Undeniable", "Pieces Of A Man" and of course "Doe Or Die"´. I also started digging through A's guest spots, B-sides and soundtrack joints, whih interestingy enough consists of way less material than people like Nas, Ghostface, Raekwon, Jay-Z or Pharoahe Mnch. But what he does have is almsot all quality, making for a really tight compilation that I think a lot of y'all will enjoy the shit out of! 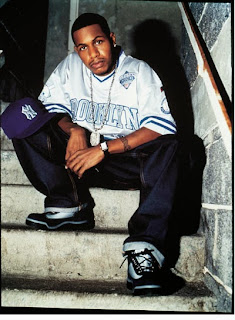 There's no question that AZ is one of the best lyiricists we have had, whether it comes to flow, delivery, writing, cadence, ear for beats, catalouge, name, you name it... Therefore, it's extremely strange that A is often overlooked when discussing top 5 emcees, or even top 10, a list he definitely places on. I Believe many people listened to "Doe Or Die" and recognized it as the Classic i was, was slightly dissapointed by his next albums and might have lost interest but with albums like "A.W.O.L." and nn"The Format" , Cruz proved once and for all that he's still capable of dropping absolutely superior albums on a regular basis...

With this compilation, that follows A throughout his entire career without making any use of retail album maerials, I want to present yet another aspect of what makes AZ such a great emcee. The comp consists of roughly 60 minutes spread over 18 tracks, featuring a wide range of AZ's different styles - from the ruff hardcore cuts like the rare "Quiet Money (Blood Money)" with Half-A-Mill and Animal, from The Union's 1999 LP; the high-profle remixes by Erick Sermon, RZA and Buckwild of the "Doe Or Die" VLS'; the more commercially tinged "Pieces Of A Man" style with the original lead single from that album ("Hey AZ") that ultimately were cut from the album due to a sample clearance problem, to some of the more recent material like Buckwild's "My Niggaz" and Wade Waters slamming "Speak On It". Other producers and rappers apperaring on this tape includes Cormega, Nature, Mack 10, Easy Mo Bee, Kid Capri, Papoose, Statik Selektah, A+, Raekwon, RZA, Common, etc. In other words this should be in your phone or iPod:s for a long while!

Last but not least, I want to give a big shout out to my main man Chris Moss for always coming through, as he here helped me edit the intro from 2:05 to 1:14, cutting out all the unneccesary stuff for an intro. I'm talking about the recently released freestyle that A did on the "Genesis" beat which I felt was the perfect into, not only because it' an amazing verse that represents where A's at right now, at the same time as it is set over the instrumental intro to "Illmatic" intro where of course the world got introduced to Cruz for the first time.. One last thing, since I don't have Photoshop anymore I have just used a picture of A without any text for the cover. Enuff on that now - while we all wait for the long awaited "Doe Or Die II", download this immaculate mix, press play and TURN IT THE FUCK UP!! 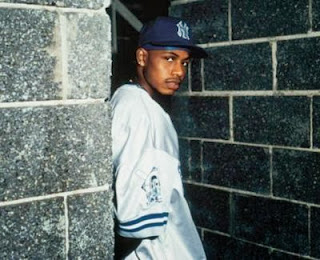