KLAUS LAYER - "When The Sun Came" 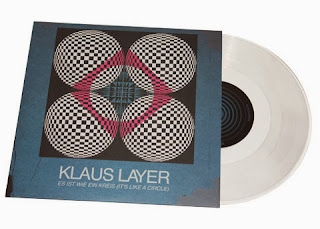 This past summer, Germany based atmospheric boom bap proder Klaus Layer (also known as Captain Crook) got the opportunity to place his unique hip-hop on a full-length produced and distribitued by Redefinition Records. Filled with majetic horn, nostalgic saxophones, and melodic basslines, "The Adventures of Captain Crook" still stands as one of 2013:s most original albums. Before the year comes to an end, Layer has been given the opportunity to let his fans (who are
a steadily growing group) hear its companion piece. Releaased on December 10, the 10" EP is called "Es Ist Wie Ein Kreis (It's Like A Circle)", is  pressed on clear vinyl and unlike its predecessor is a completely instrumental affair. Stream the first single below, the opening track "Als Die Sonne Kam (When The Sun Came)" and order your copy @ REDEF.